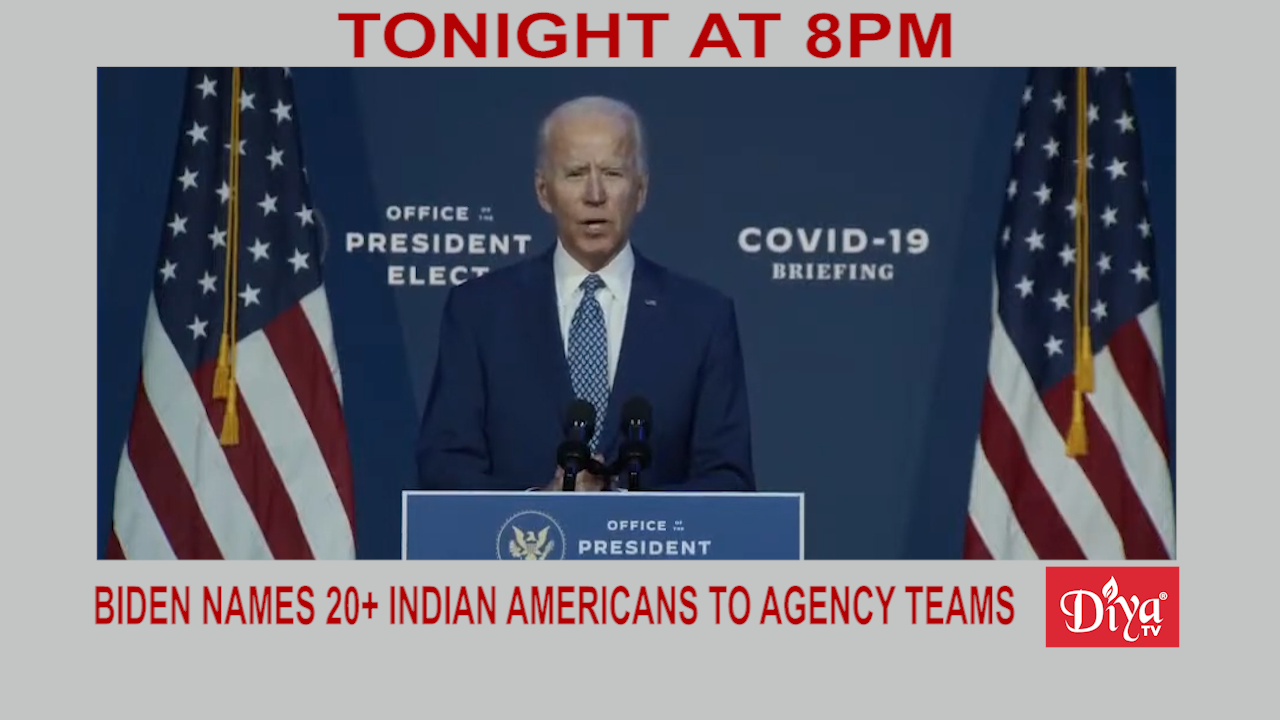 WASHINGTON (Diya TV) — President-elect Biden and Vice President-elect Harris announced their Agency Review teams, a massive group of professionals with deep knowledge of government agencies who will ensure a smooth transfer of power. More than 20 Indian American volunteers will be involved including prominent members of the Obama administration like Kiran Ahuja and Aneesh Chopra and former Democratic National Committee CEO Seema Nanda.

President Trump is making a number of moves after the election as well, quietly removing Indian American Neil Chatterjee from his Federal Energy Regulatory Commission Chairmanship, replacing him with fellow Republican James Danly. Chatterjee tweeted “it’s been the honor of a lifetime to serve as FERC Chairman.” He will continue to serve out his term as a FERC Commissioner.