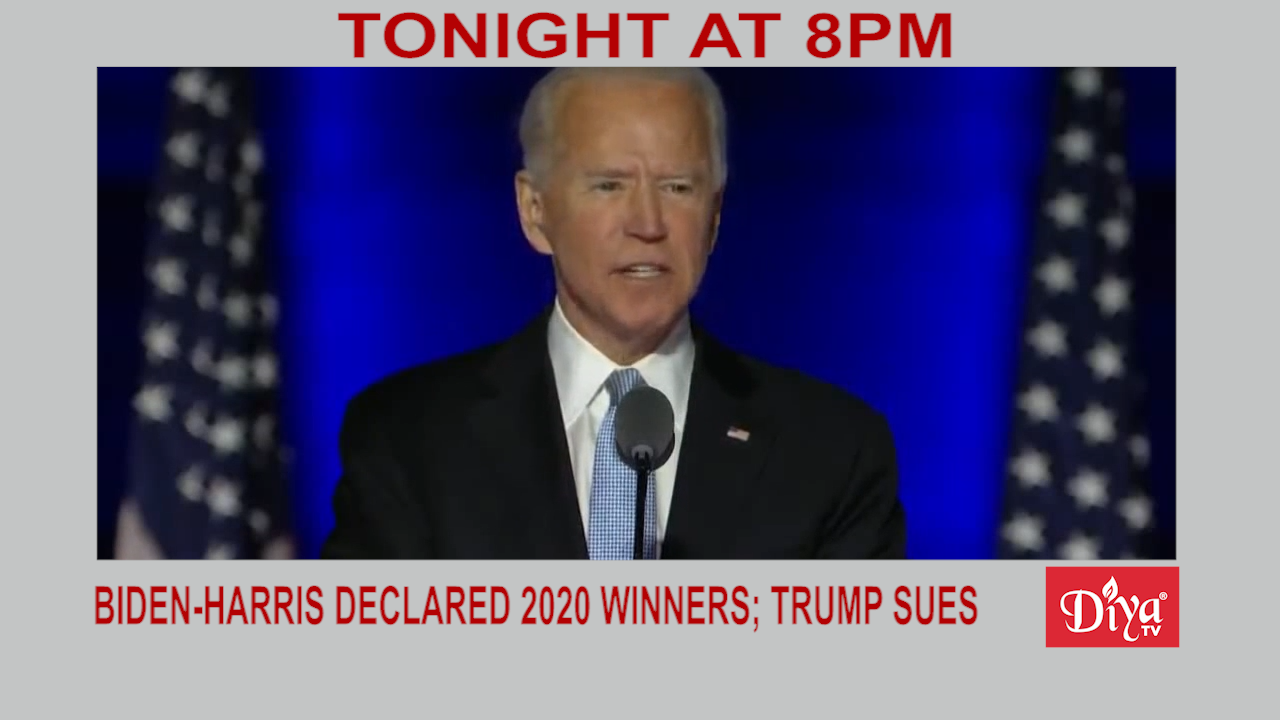 WASHINGTON (Diya TV) — After a tense few days of vote counting, the results of the 2020 Election are in and Joe Biden and Kamala Harris crossed the 270 Electoral College vote threshold and are heading to the White House, winning swing states Pennsylvania, Michigan, Wisconsin, Arizona and Nevada to put them over the top. President Trump has not made a public statement since the election, but his surrogates say his campaign is suing a number of states alleging voter fraud took place. The Department of Justice has cleared the way for federal prosecutors to pursue voting irregularities, but so far, nothing has been proved.

Breaking barriers — that’s been a theme of Kamala Harris’ career. Now she’ll leave behind her position in the Senate for a new role as VIce President. We’ll take a look at the career of the Vice President-elect, who will be the first woman to take on this role. And how her rise to this position of power as a Black and Indian American woman is resonating with women of all ages.