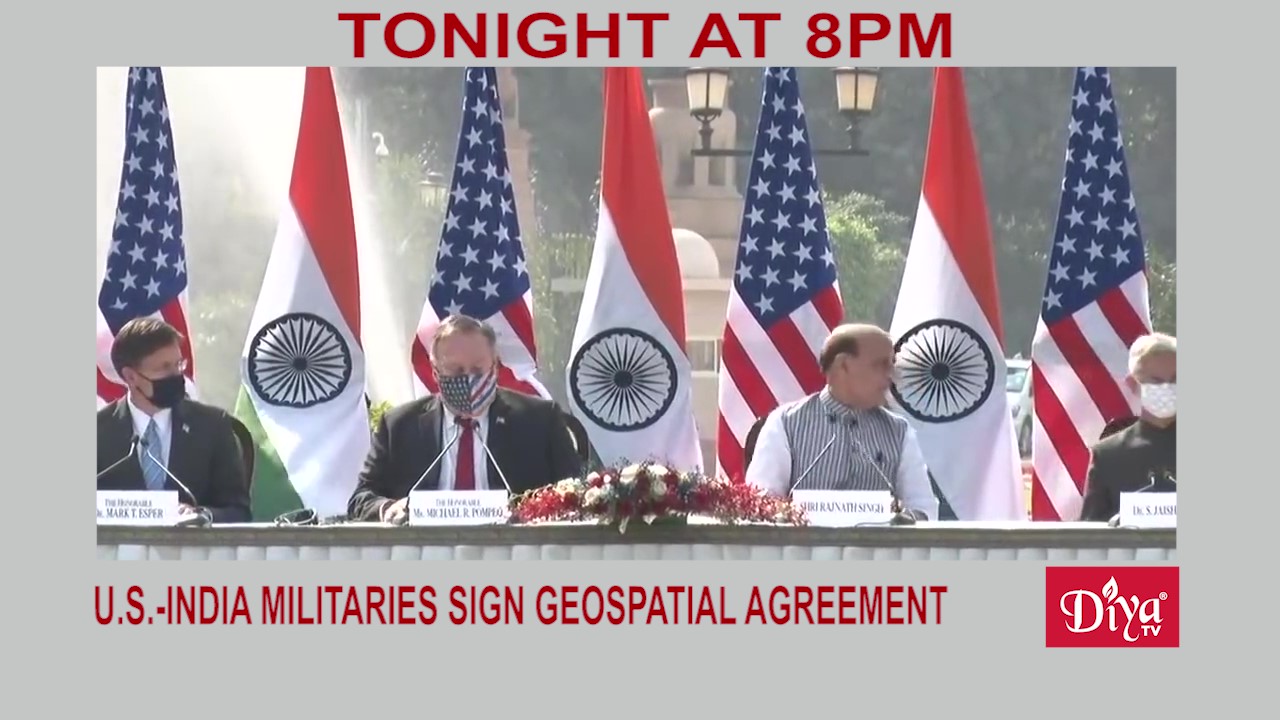 NEW DELHI (Diya TV) — At the annual “2+2” meeting of top officials, the U.S. and India signed a military agreement to share sensitive satellite data, as border tensions with China remain.

The data is vital for hitting targets with precision. The meetings between U.S. Defense Secretary Mark Esper and his Indian counterpart Rajnath Singh and U.S. Secretary of State Mike Pompeo and Indian Foreign Minister S. Jaishankar led to other deals in nuclear energy, earth sciences and alternative medicine.

The NAACP in Cincinnati issued a statement denouncing the harassment of a Sikh couple who were merely trying to exercise their right to vote. In front of the Hamilton County Board of Elections, a woman looked at the couple and said “that’s why we need to build the wall higher.”

The seven-day average of new COVID-19 cases is nearly 70,000, a record number that is only expected to get worse. Hospitalizations and deaths are also climbing upward. The COVID Tracking Project says there are more than 42,000 people hospitalized with COVID-19, up from about 30,000 just a month ago. More than 226,000 people in the U.S. have died from the virus.