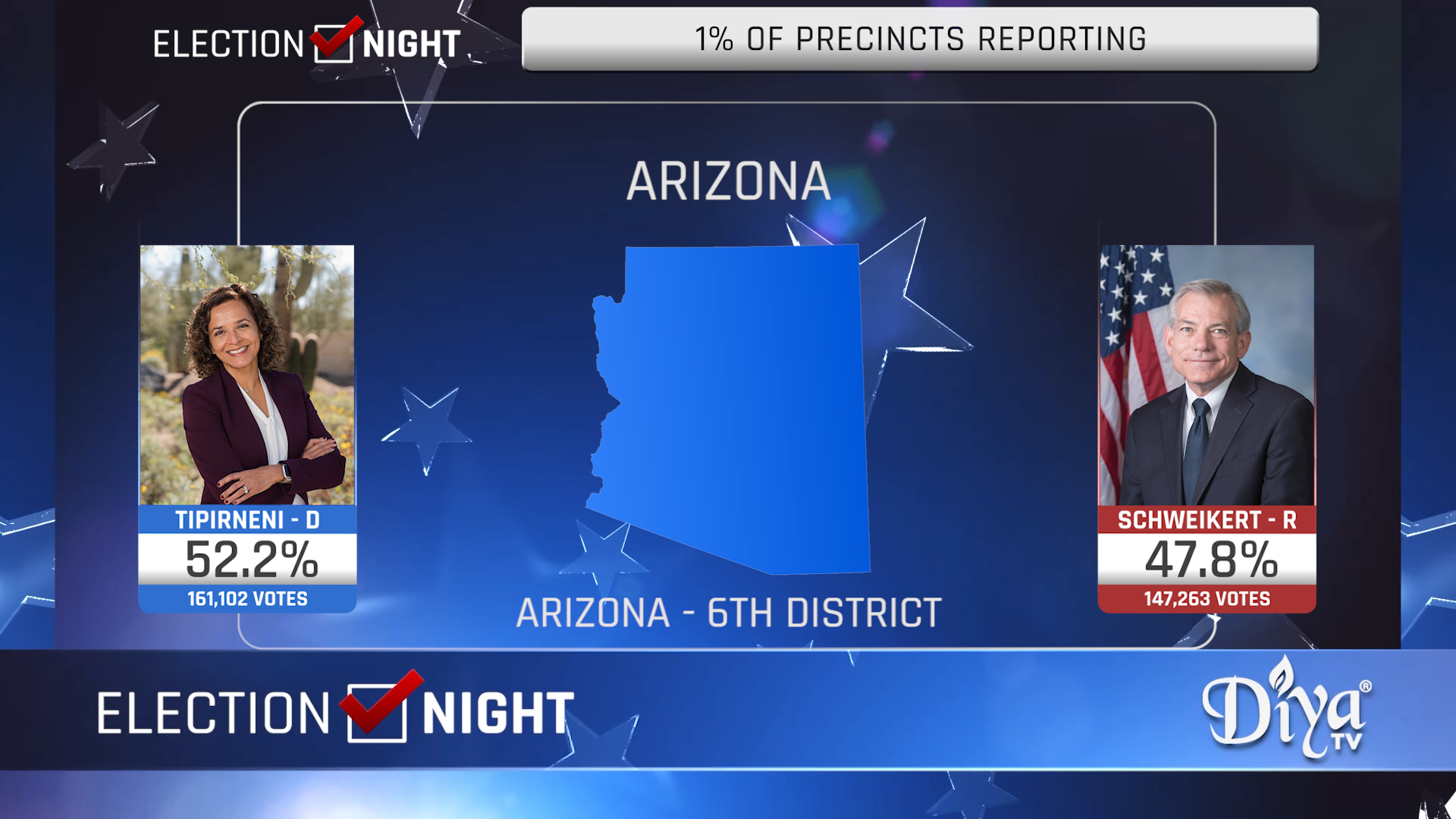 SAN FRANCISCO (Diya TV) — Tonight we saw over 70 Indian Americans and South Asians running for office across the country. With candidates spanning the spectrum, incumbents to challengers, conservatives to progressives, young people making their first move in politics to established career politians. Here’s a recap to some of the major races:

Rep. Ro Khanna is projected to win re-election to his seat representing California’s 17th district in the House of Representatives.

In the race to represent Arizona’s 6th district in the House of Representatives, votes are still being counted, but currently Hiral Tiperneni has a slight lead over her Republican opponent, David Schweikert, with the race currently at 52-48.

Leaving the House of Representatives and focusing on state legislatures, Ohio State Representative Niraj Antani (R) will moving up to the State Senate. He defeated Mark Fogel (D) by a narrow but decisive margin.

And finally, Jenifer Rajkumar won her seat in New York’s State Assembly representing the 38th district. She came into the general after fighting and winning an incredibly tight primary.