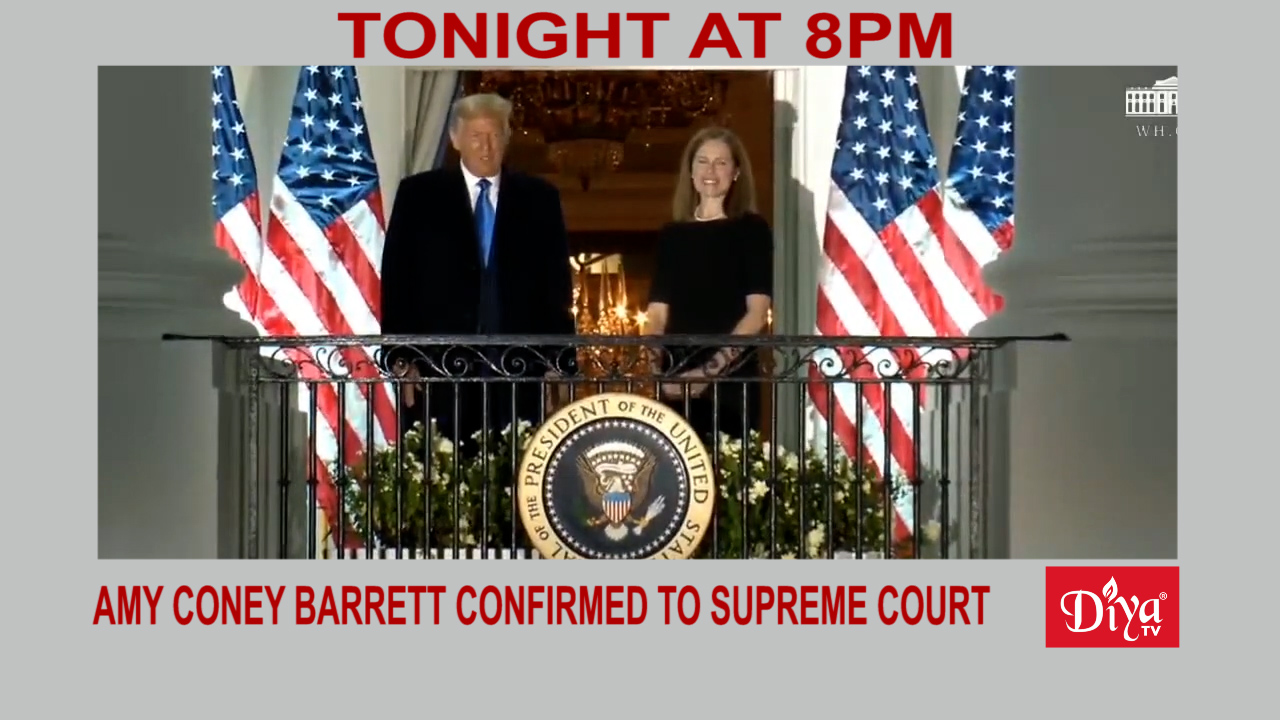 WASHINGTON (Diya TV) — By a 52-48 party line vote, the Republican-led Senate confirmed Amy Comey Barrett’s nomination to the Supreme Court and within hours, she was sworn in at a White House ceremony as an associate justice with a lifetime appointment on the nation’s highest court. Not a single Democrat voted to confirm Barrett, the first time in U.S. history a Supreme Court nominee was confirmed without a single vote from the minority party. Barrett fills the seat left by the late Ruth Bader Ginsburg. Six of the nine judges on the Court now were nominated by Republican presidents, with Barrett being the third justice nominated by President Trump.

Vice President Joe Biden took a potshot at President Trump for calling India “filthy” during their final debate. In a tweet, Biden said “it’s not how you talk about friends—and it’s not how you solve global challenges like climate change, adding if he and Kamala Harris are elected they “will put respect back at the center of our foreign policy.”

Former U.S. Ambassador to the United Nations Nikki Haley took part in an Indian Voices for Trump event in Norristown, Pennsylvania, a final push for voters in the all-important swing state.

And Diya TV played host to the San Ramon Candidates Forum, sponsored by the Coalition for Civic Engagement. We’ll have highlights from a debate where 5 of the participants were South Asian!