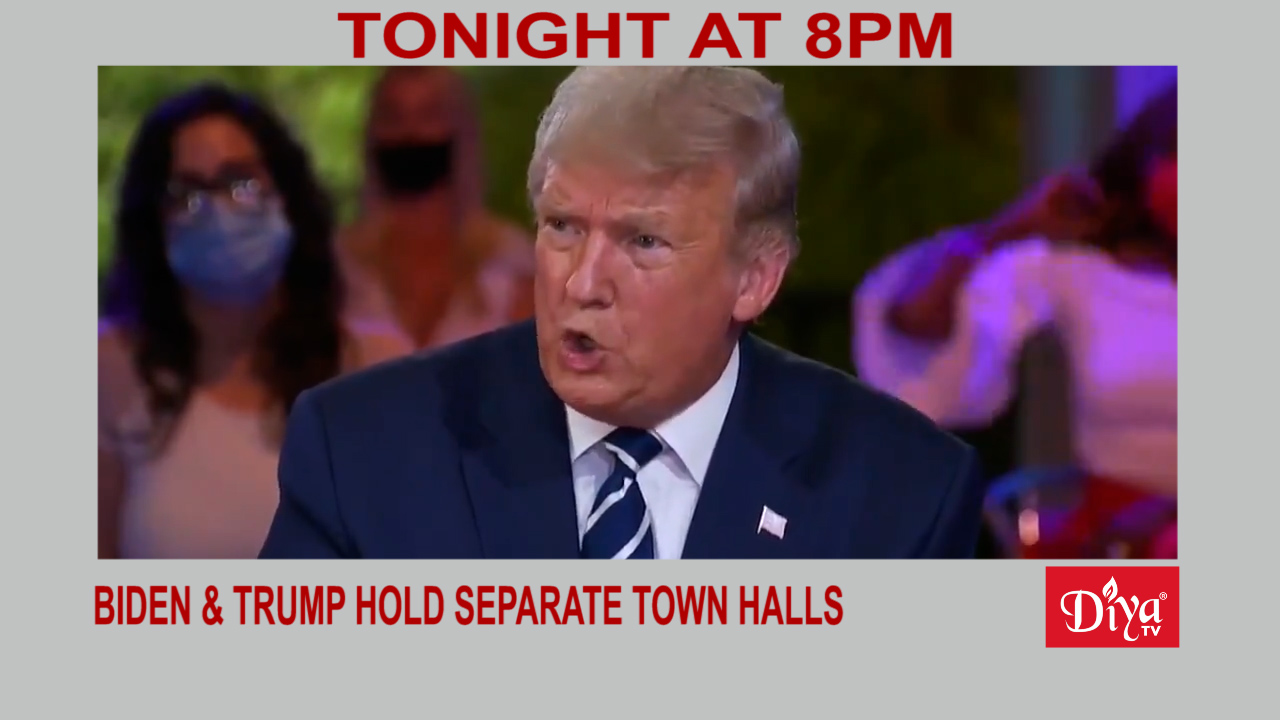 WASHINGTON (Diya TV)  — It was supposed to be debate night, a second battle between former Vice President Biden and President Trump. But after the President’s COViD-19 diagnosis, an in person battle wasn’t in the cards. The President did not want to do a virtual debate, so both men held separate town halls at the exact same time to try and win over voters with less than three weeks before the election and millions of people already casting their ballots early.

Many of the biggest Desi names in entertainment got together for a virtual ‘South Asian Block Party’ to support the Biden-Harris campaign. In just a couple hours, $250,000 was raised, with a number of the prominent figures sharing their personal stories on why they are supporting the Biden ticket.