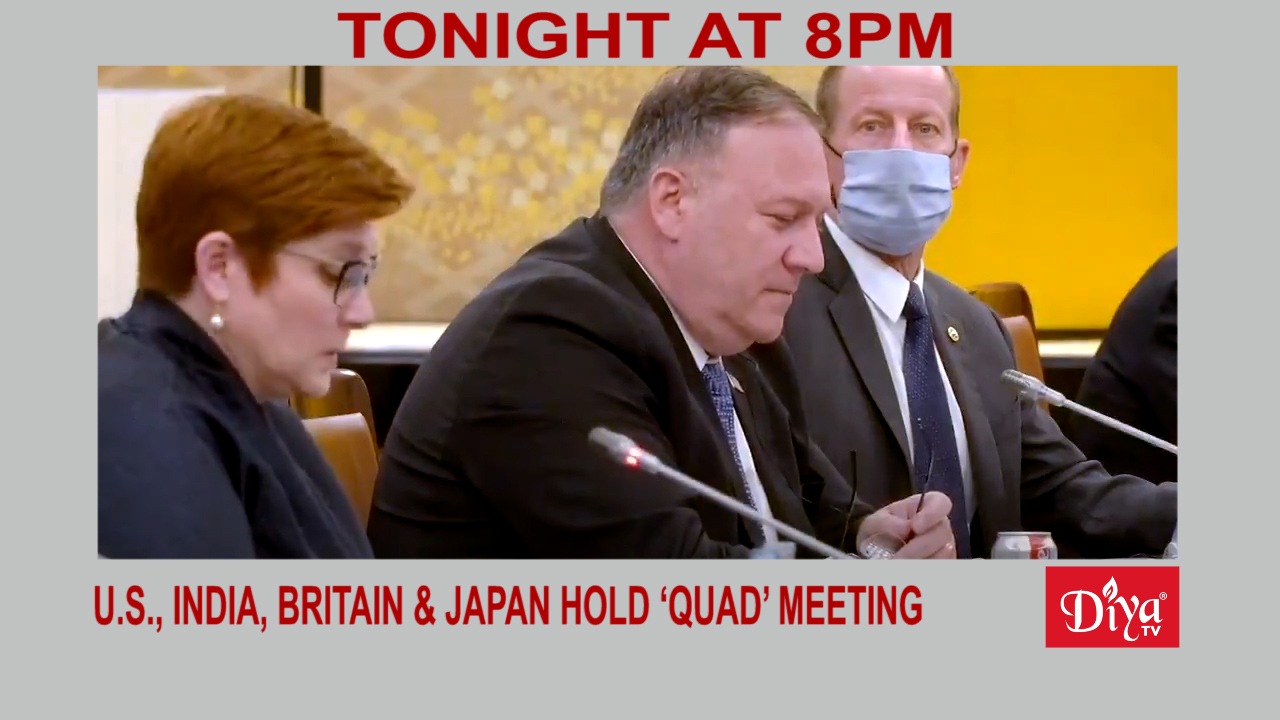 TOKYO (Diya TV) — The United States, India, Britain and Japan — a group known as “The Quad” — met in Tokyo to discuss regional security, economic recovery, and how to counter an increasingly bold China. US Secretary of State Mike Pompeo spoke out against China, accusing their governing Communist Party of “exploitation, corruption and coercion”.

President Trump announced he is rejecting the Democrats’ latest stimulus proposal, claiming House Speaker Nancy Pelosi “is not negotiating in good faith.” Federal Reserve Chair Jerome Powell warned of “tragic” economic consequences if additional stimulus was not provided to overcome the impacts of the COVID-19 pandemic and the decision triggered an immediate drop in the stock market.

An Indian court acquitted top BJP leaders of any wrongdoing in the destruction of the Babri Masjid in Ayodhya, saying there was insufficient evidence to prove the demolition had been planned. Extremists demolished the 16th century mosque in 1992, sparking violence that killed some 2,000 people. The All India Muslim Personal Law Board said it would appeal the ruling to India’s Supreme Court.