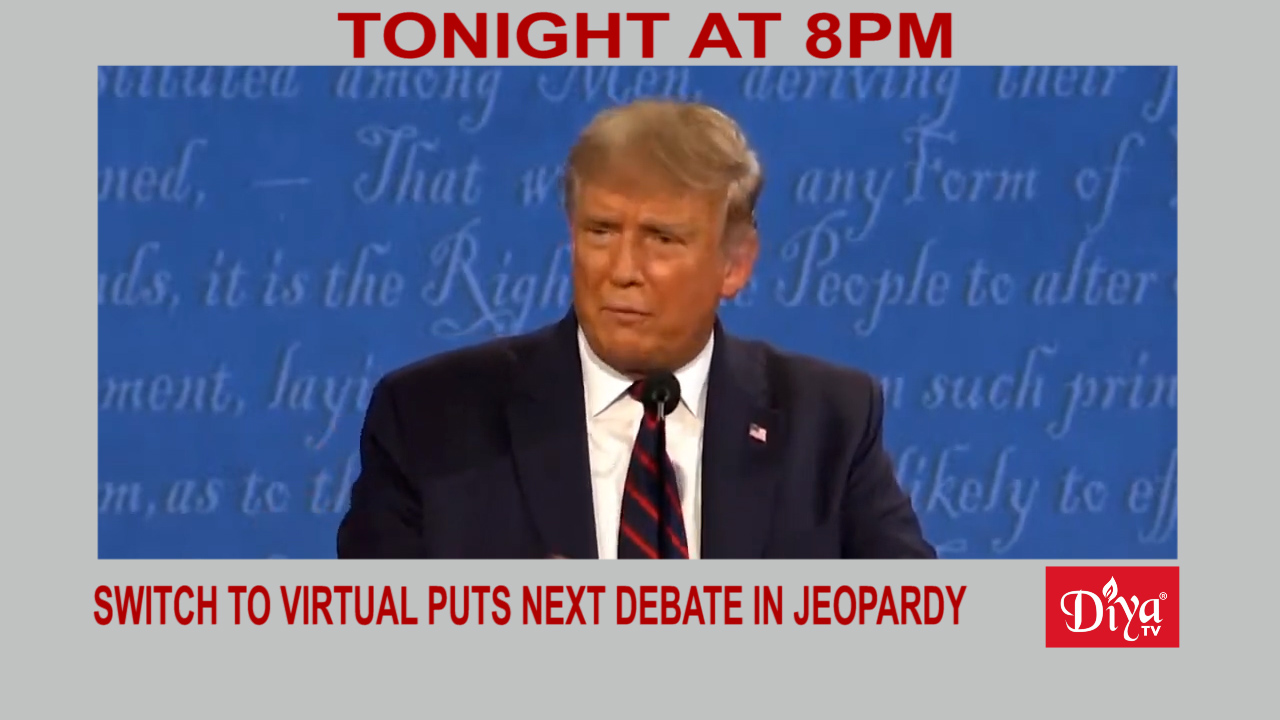 WASHINGTON (Diya TV) — President Trump and his campaign manager put out conflicting statements about the upcoming debates with Vice President Biden. After the Commission for Presidential Debates announced the second debate between Trump and Joe Biden would be held as a virtual town hall, with both candidates in remote locations, Trump called for the debates to be pushed back two weeks. But after hearing from his doctors that he could be cleared  to resume campaigning as soon as this weekend, Trump said he wants to go ahead with the debate scheduled October 15, but only in person.

Kamala Harris’ uncle in India, Balachandran Gopalan, shared his thoughts on his niece’s performance in the Vice Presidential debate. While expectations were high for the California Senator, Gopalan said Harris bested Vice President Mike Pence on all the pressing issues of the day like ‘Black Lives Matter,’ Roe v. Wade and the pandemic, adding Harris was “gentle and diplomatic” towards Pence.

Six people were charged in a plot to try to kidnap Michigan Democratic Gov. Gretchen Whitmer at her vacation home, according to a federal criminal complaint. Whitmer called the suspects “domestic terrorists,” and criticized President Trump’s refusal to condemn white supremacists. The President in response said the Governor “has done a terrible job.”