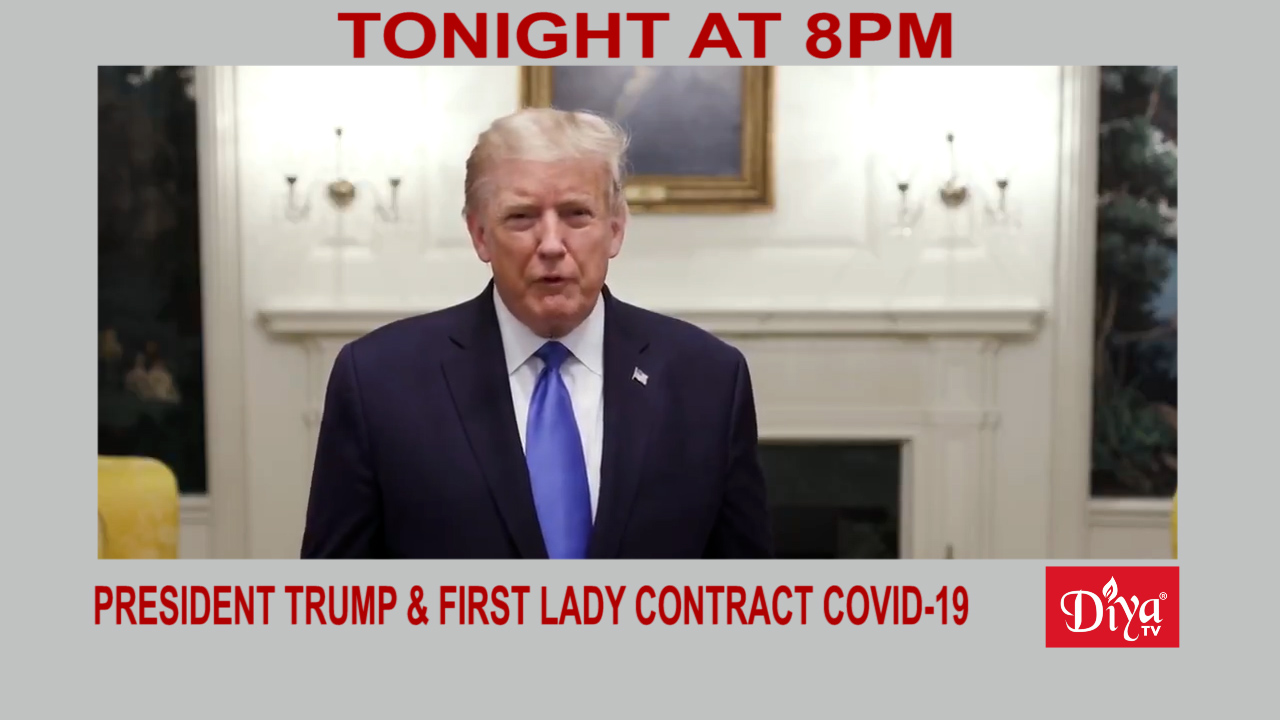 WASHINGTON (Diya TV)  — The world’s attention is focused on the health of President Trump and the first lady after they disclosed they both have the coronavirus. The President is 74 years old and is considered in a high risk category. White House spokespeople say the President was flown to Walter Reed Medical Center for observation and will be there for a few days out of “an abundance of caution.” Sources close to the situation say the President is experiencing a low-grade fever and that he took an experimental drug cocktail to boost his immune system. The First Lady, Melania Trump, remains at the White House. Trump confidants Hope Hicks, Kellyanne Conway and Bill Stepien also contracted the virus.

Well wishes for the President are coming in from around the globe, with one of the first messages of support coming from Indian Prime Minister Modi.

There are tributes around the U.S. to mark Mahatma Gandhi’s 151st birth anniversary. Political leaders sent their well wishes and there was a ceremony at the Indian Embassy in Washington to commemorate the occasion.

Switch to virtual puts next Biden-Trump debate in jeopardy