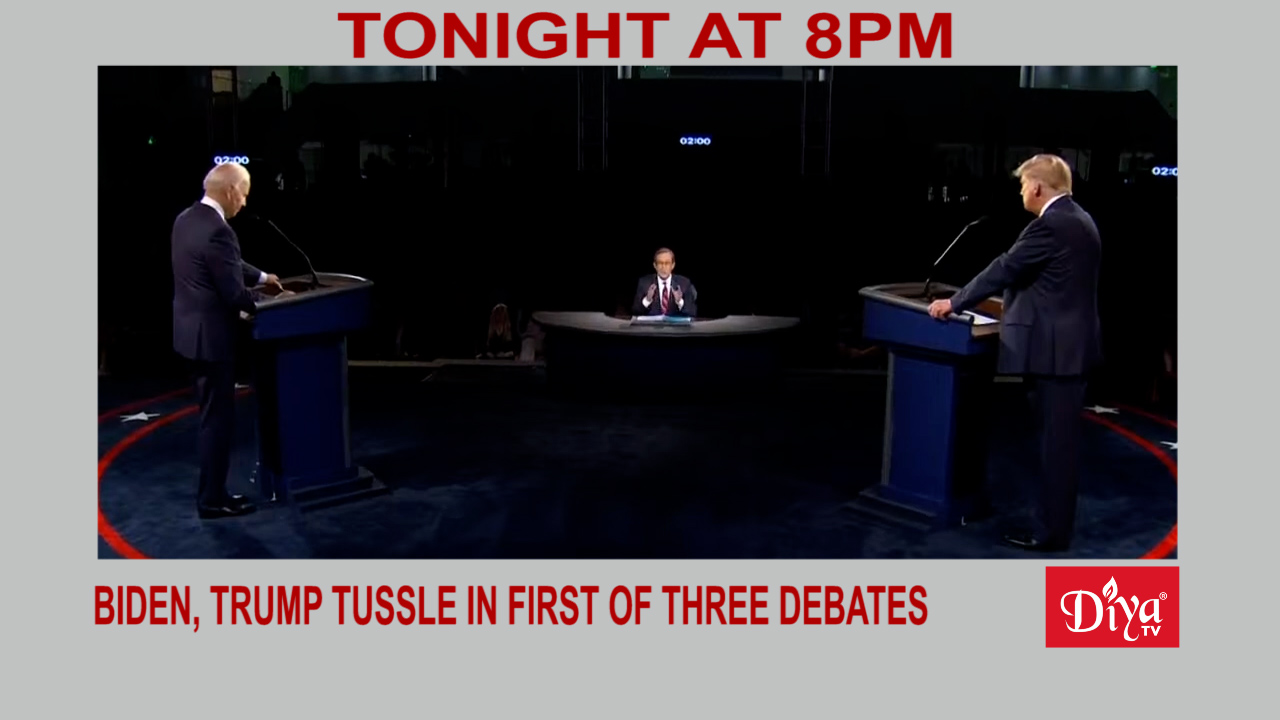 CLEVELAND (Diya TV) — Former Vice President Biden and President Trump took the stage in the first of their three scheduled debates, as both men are looking to get some separation from the other in this race that is still too close to call in states like Ohio, Iowa and Texas. We’ll breakdown this first showdown.

Meanwhile, to fill the seat of the late Ruth Bader Ginsburg, President Trump nominated law professor and judge Amy Coney Barrett to the Supreme Court, setting up a battle for the ages as Trump efforts to confirm his third justice to the highest court in the land amid a contentious election battle.

Football legend Joe Montana had a close call at his Malibu, California home, when a 39-year-old woman entered through an unlocked door, grabbed his 9 month old grandchild and walked into another room. Montana and his wife Jennifer got the child back before the intruder ran away. The suspect is now under arrest.

The Tampa Bay Lightning are Stanley Cup champions for a second time following a 2-0 victory in Game 6 against the Dallas Stars, becoming the first team in 95 years to win the Cup on neutral ice.

And for the first time ever, two teams who didn’t make the playoffs last year are in the NBA Finals: the Los Angeles Lakers and the Miami Heat. LeBron James will go up against his former team and Diya TV will have insight and full coverage throughout the series.