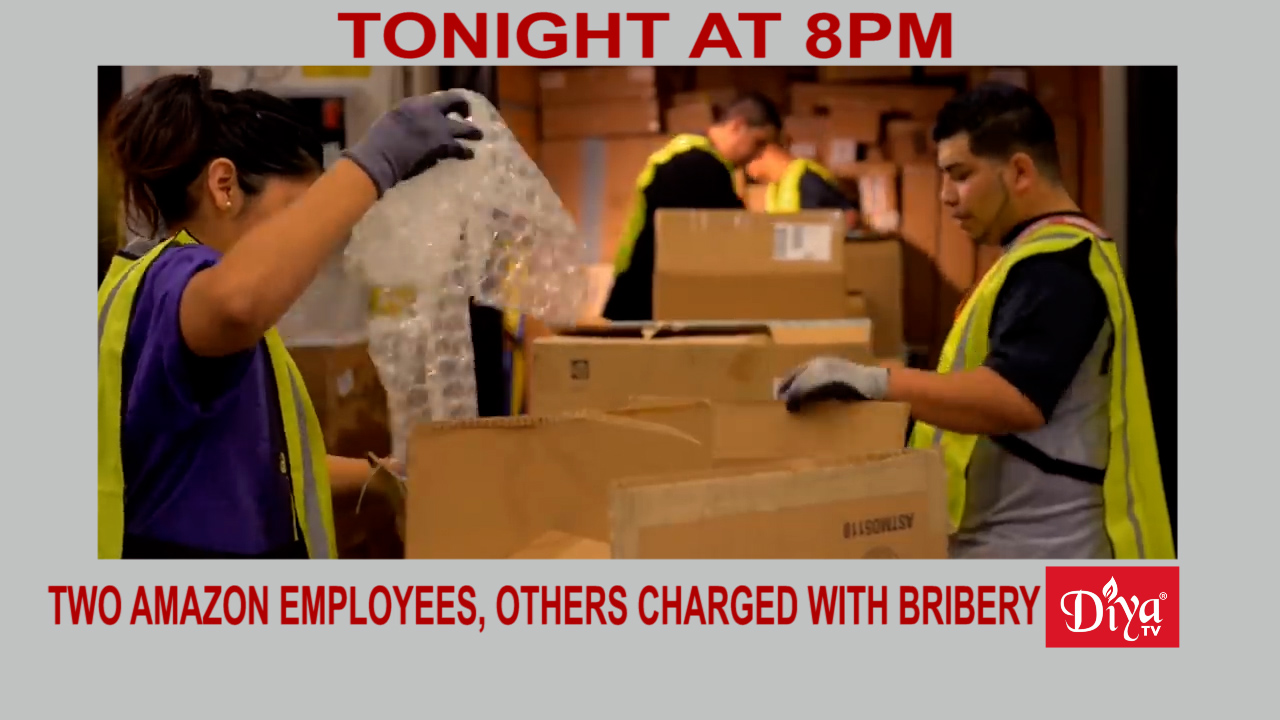 SEATTLE (Diya TV) —Two former Indian employees at Amazon and four others are facing a number of federal charges in the U.S. that include taking and issuing bribes that allegedly gave some third-party merchants using Amazon’s marketplace benefits worth $100 million.

The Department of Justice says Nishad Kunju, Rohit Kadimisetty and four others conspired to commit commercial bribery and to hack computer systems. If convicted, they could face anywhere from 5 to 20 years in prison per charge.

The United States officially surpassed 200,000 COVID-19 deaths and with nearly 7 million confirmed cases, the US leads the world in both categories. Public health officials fear the death toll could double by year’s end. Near the Washington Monument, flags were planted on the ground to mark the grim milestone.

A three day public mourning period is underway for Ruth Bader Ginsburg, the trailblazing Supreme Court justice who passed away last week at the age of 87. An army of her former law clerks waited on the steps of the Supreme Court to pay their respects.

The battle to win over Indian American voters intensifies