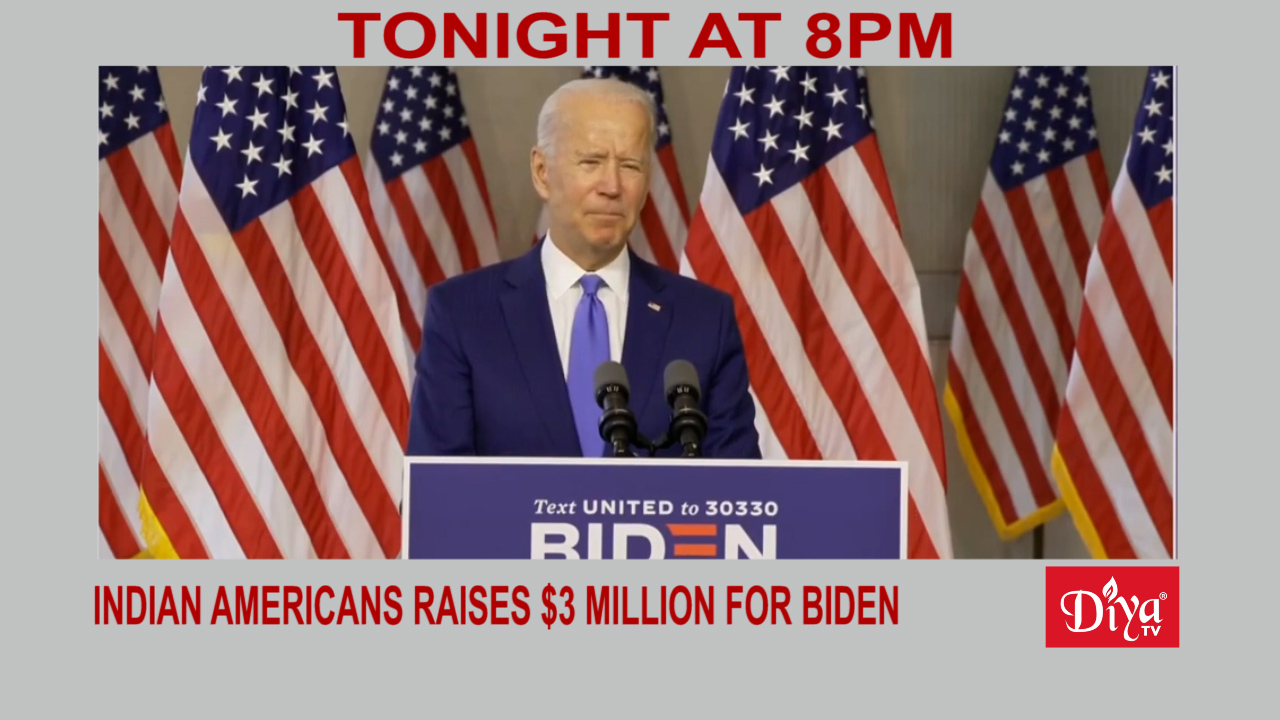 WILMINGTON, Delaware (Diya TV) — Democratic Presidential Nominee Joe Biden raised $3 million at a virtual fundraiser targeting the Indian American community, which is now the largest AAPI community in the nation, many of whom live in battleground states. Biden spoke with former Surgeon General Vivek Murthy, who has been an outspoken Biden advocate, even taking on a speaking role during the Democratic National Convention.

Indian American and Ukranian-American director Adrij Parekh won an Emmy Award for directing an episode of the HBO series “Succession” at the 72nd Primetime Emmy Awards. “Succession,” which is a show about a family power struggle over a media empire, also won the Emmy for Best Television Drama Series. Parekh dedicated his Emmy to “all of the kids whose names like mine are difficult to pronounce,” adding “this is proof that you belong and this Emmy is ours.”

Northrop Grumman named their new spacecraft after the late astronaut Kalpana Chawla. Chawla was the first woman of Indian descent to go to space and passed away along with her six crewmates in a tragic space shuttle accident in 2003.