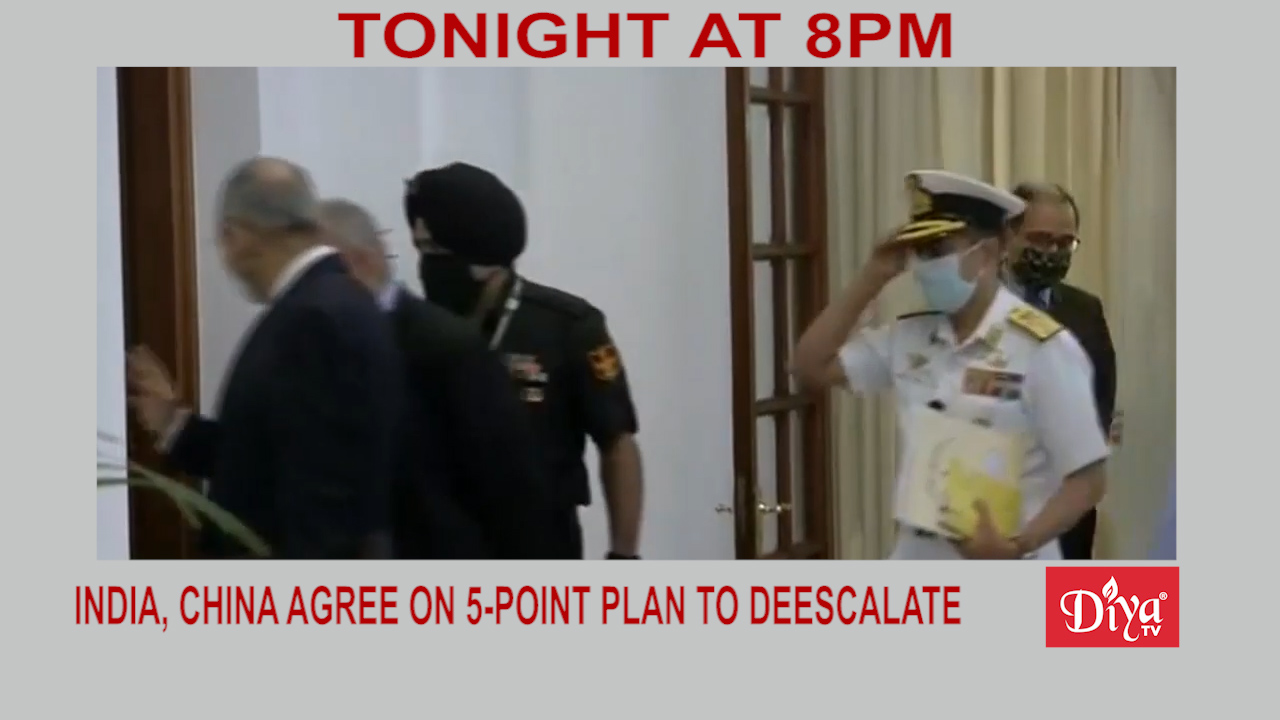 NEW DELHI (Diya TV) — During a lengthy meeting in Moscow between Indian External Affairs Minister S. Jaishankar and his Chinese counterpart Wang Yi, India and China agreed on a five-point plan to disengage along the Line of Actual Control (LAC), where Indian and Chinese troops have been locked in a nearly five month standoff. The five-point plan is at the direction of Prime Minister Modi and President Jinping to “not allow differences to become disputes.”

As America commemorates the 19th anniversary of 9/11, there was some bipartisanship on display in New York when Democratic Presidential nominee Joe Biden and Vice President Mike Pence bumped elbows and spoke briefly ahead of a 9/11 memorial ceremony at the site of the World Trade Center attacks.

As wildfires rage on, toxic air stretched from Washington State to California. Local officials encouraged millions to stay at home to avoid breathing in ash falling from the sky and the poor air quality is likely to continue through the weekend.

Bela Bajaria has been named Netflix’s Head of Global TV, a newly created position for the former network TV executive.

The Memphis Grizzlies announced Sonia Raman will join their team as an assistant coach. She spent the last 12 years as the women’s head coach at MIT and will be the first ever Indian-American to coach in the NBA.