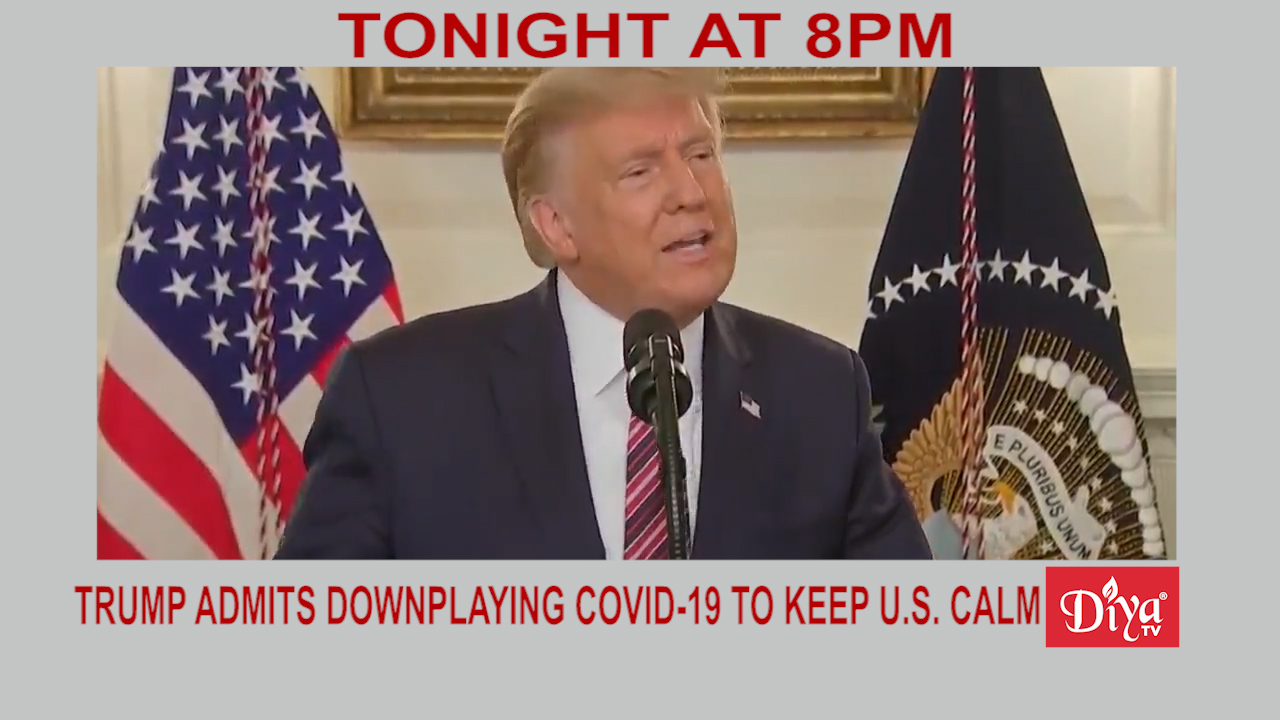 WASHINGTON (Diya TV)  — During a series of interviews recorded by famed ‘Watergate’ journalist Bob Woodward, President Trump admitted he played down the risk of COVID-19 to avoid creating panic. With Woodward’s book “Rage” hitting shelves, Trump called the work a “political hit job” and said that he wanted to “keep the country calm.” Former Vice President Biden said in response to these coronavirus revelations that Trump “knowingly and willingly lied about the threat it posed to the country for months.”

Wildfires continue to grow in the Western United States, expanding beyond California Into Oregon, where there are 35 active fires that have burned more than 360,000 acres. The entire city of Medford is under evacuation orders. The San Francisco Bay Area woke up to an apocalyptic morning light because of nearby local fires. The orange smoke filled sky kept one of the world’s most scenic areas effectively in the dark for the full day.

In newly declassified audio tapes, former U.S. President Richard Nixon called Indian women “the most unattractive women in the world” and the “most sexless” in a series of conversations with former U.S. Secretary of State Henry Kissinger that seemed to have an impact on foreign policy.