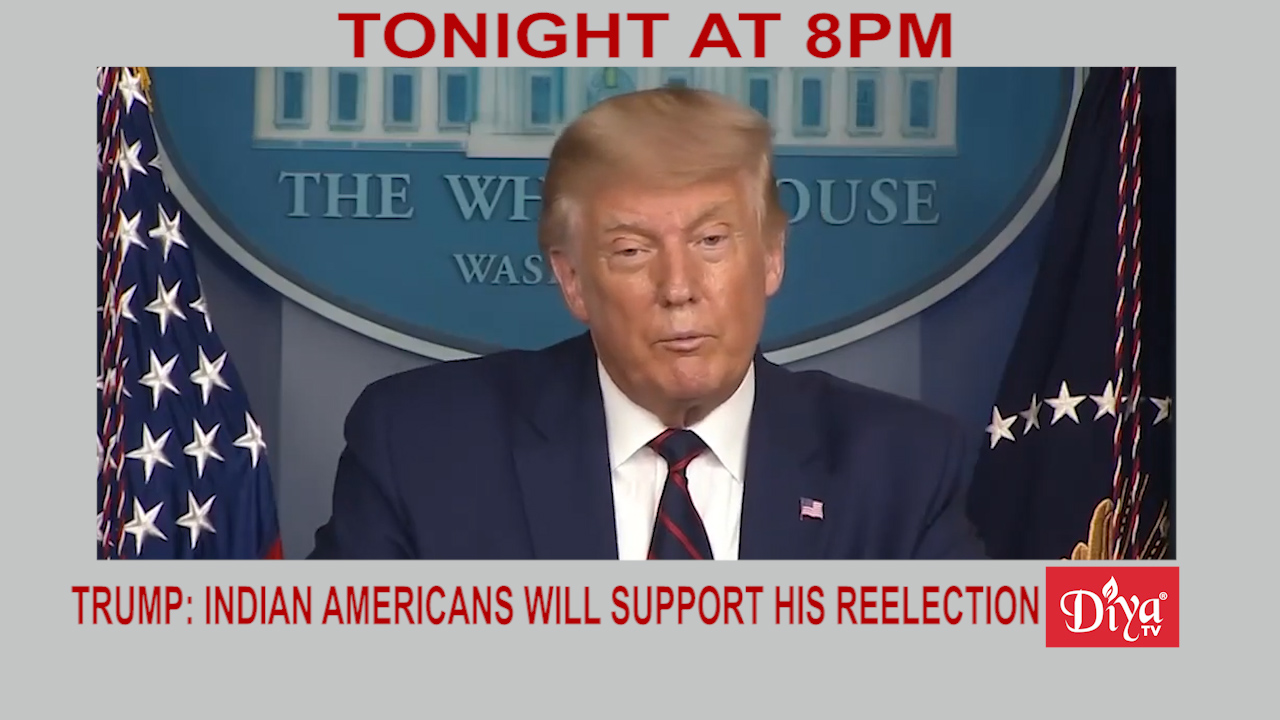 WASHINGTON (Diya TV) — In comments made during a White House press briefing, President Trump said he believes Indian Americans will support his effort to get reelected this fall, recalling the enormous crowd gathered to meet him and Indian Prime Minister Modi in Houston last fall, as well as his visit to India this spring. Trump also commented he would like to assist India and China solve their ongoing border conflict.

On the India-China border, tensions are high as for the first time in 45 years, shots were fired along the Line of Actual Control (LAC) in eastern Ladakh. Chinese troops fired the shots in the air as a warning to India, but the troops are not standing face to face and no one was injured. Both sides continue to blame the other for the conflict.