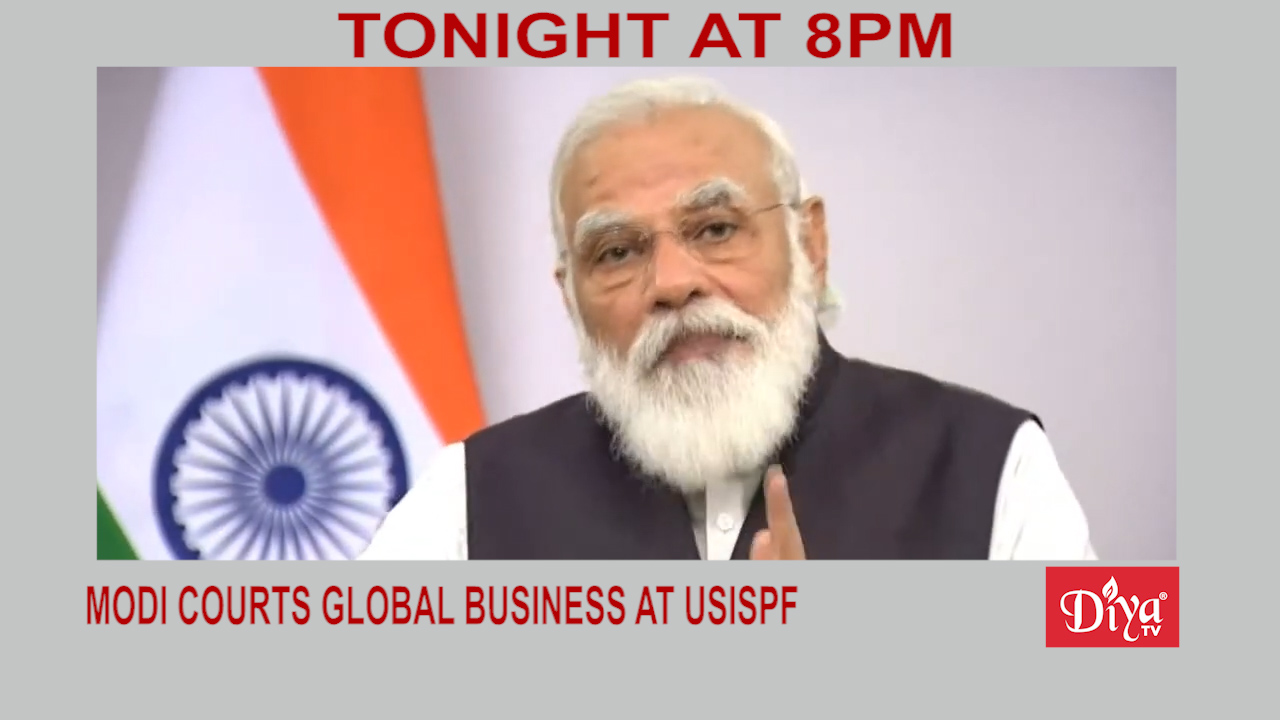 NEW DELHI (Diya TV) — During a keynote speech to the members of the US-India Strategic Partnership Forum, Indian Prime Minister Modi told the pro-India, pro-US crowd about the challenge of the COVID-19 pandemic and how overcoming it will demand a fresh approach to societal development.

Modi said India was the first nation to advocate using masks and face-coverings as part of public health protocols and that despite having 1.3 billion people and limited resources, India has one of the lowest rates of deaths per million.

Chicago-area Congressman Raja Krishnamoorthi kicked off the first Hindu Americans for Biden initiative, as part of the outreach conducted by grassroots group South Asians for Biden. This vertical is a clear acknowledgment of the importance of the Hindu American vote, a group that is also being heavily courted by the Trump campaign.

As the India-China border dispute revs up again, India banned 118 Chinese apps including a popular mobile game from Tencent, PUBG Mobile Lite, and payments service Alipay. India led the ban on TikTok back in June and now the United States may ban it as well this month.