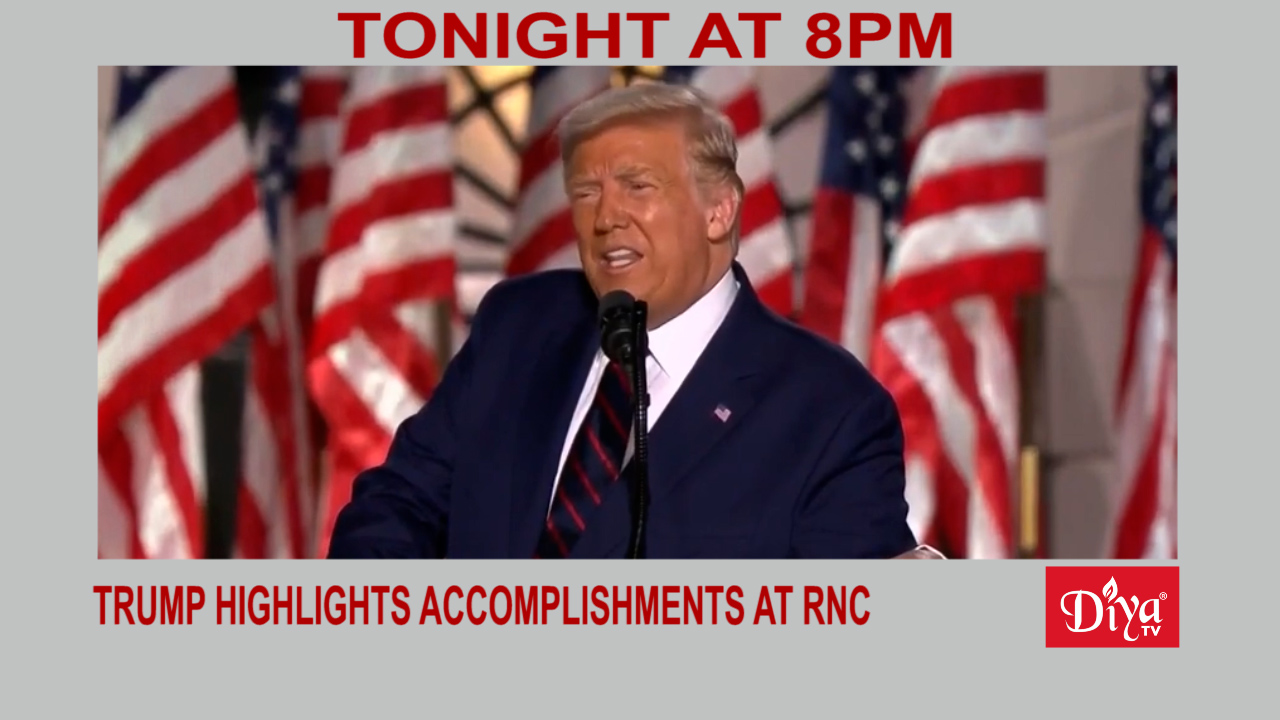 WASHINGTON (Diya TV) — The final night of the Republican National Convention had appearances from GOP leaders like Mitch McConnell and in a first in modern history, speeches from Ivanka Trump and President Trump from the White House. The White House lawn was transformed into a venue holding 1,000 people to cheer on the President. We’ll break down the impact of this week’s convention with Dr. Sampat Shivangi, a longtime Republican donor, who is a member of the Indian Voices for Trump advisory board.

Before the Trump acceptance speech, Democratic Vice Presidential nominee Kamala Harris spoke out to counter message the President. Harris addressed the police shooting of Jacob Blake, the administration’s response to the COVID-19 pandemic, as well as the continued economic strife facing millions.

The NBA, WNBA, MLB and NHL all postponed games to protest racial injustice, but a new report indicates the NBA may return to their playoff games as soon as this weekend.