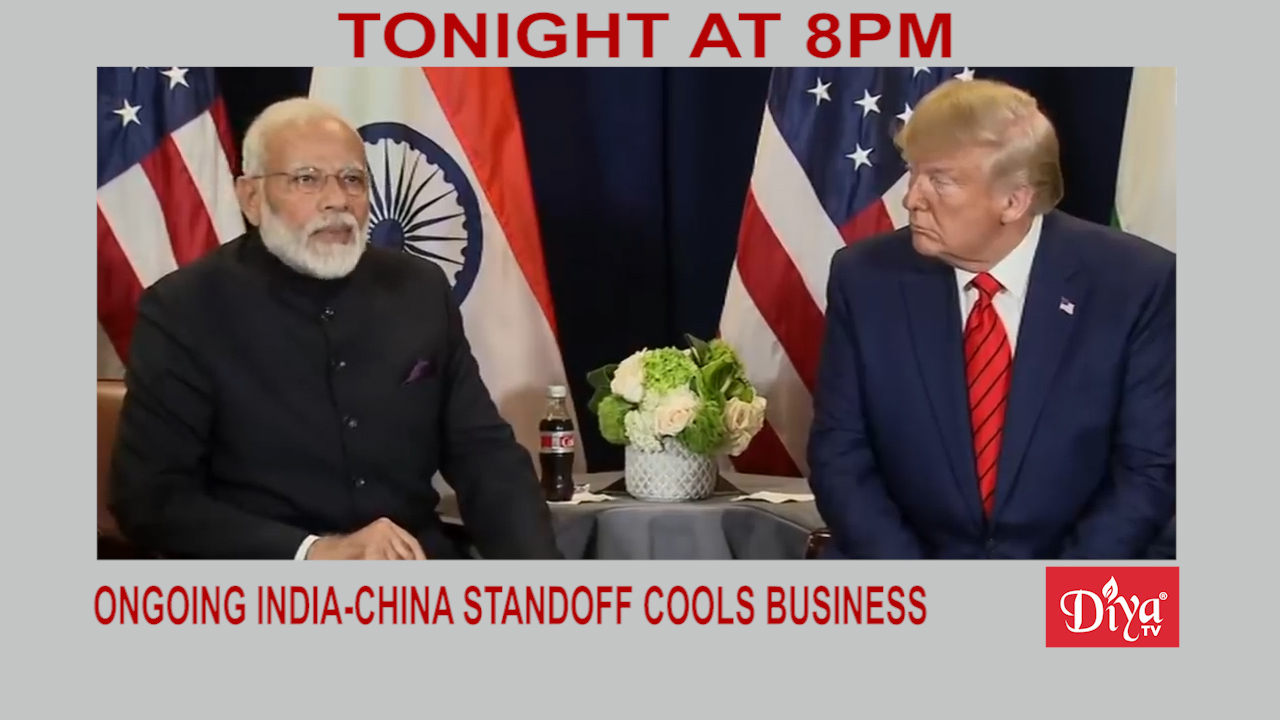 NEW DELHI (Diya TV) — The ongoing standoff between India and China is leading companies to redirect their investment approach. China’s Alibaba Group put on hold plans to invest in Indian companies, including in startups they have already invested in for at least six months. And Indian state refiners stopped buying crude oil from China-linked companies, after New Delhi’s recent law to restrict imports and investments from bordering countries. Meanwhile, India and the United States are likely to hold talks about the border issue when their respective foreign and defense ministers hold talks virtually in September.

The Commitment March: Get Your Knees Off My Neck took place on the 57th anniversary of the March on Washington, where Rev. Martin Luther King Jr. gave his “I Have a Dream” speech. Speakers included members of the families of George Floyd, Breonna Taylor, as well as a pre-recorded message from Vice Presidential Nominee Kamala Harris.

Indian classical vocalist Pandit Jasraj has died. He was 90 years old. He performed for more than 8 decades, enthralling people with a soulful sound.

Bollywood actor Sanjay Dutt is battling lung cancer and will fly to the U.S. for treatment. The 61-year-old actor took to social media to tell his well-wishers not to worry.