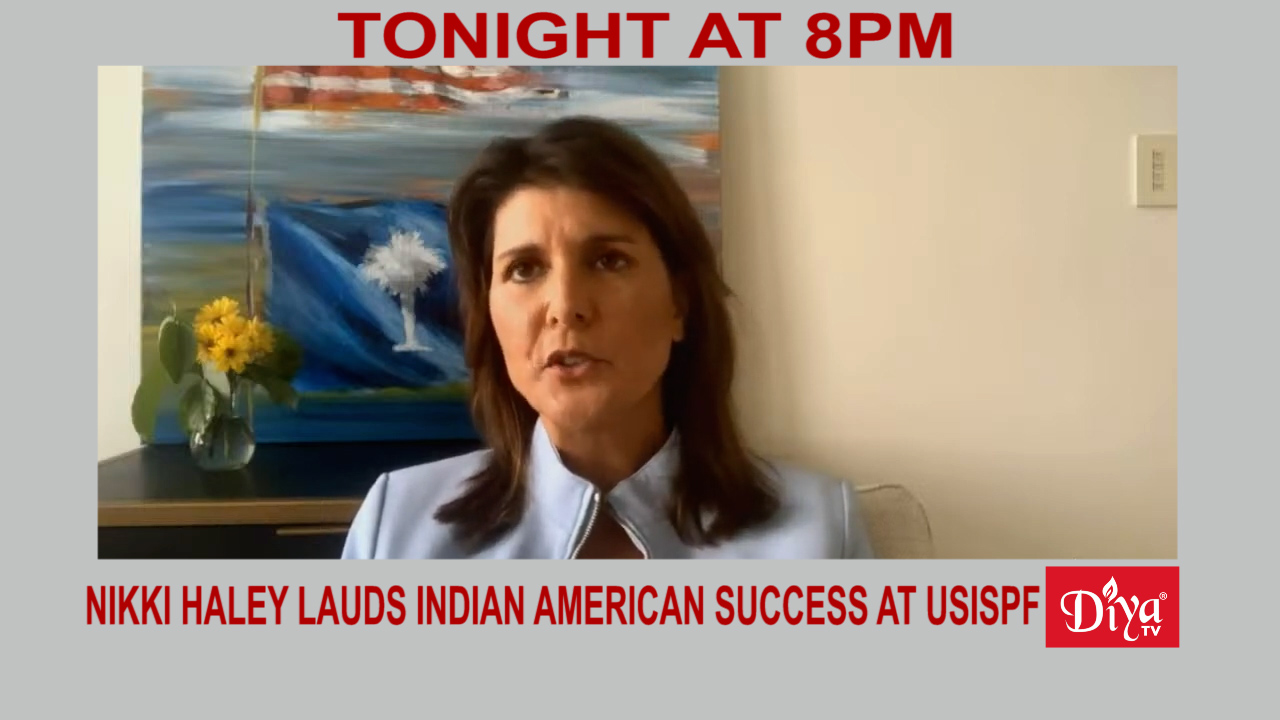 KENOSHA, Wisconsin (Diya TV)  — Former U.S. Ambassador to the United Nations Nikki Haley gave the day two keynote address at the US-India Strategic Partnership Forum’s weeklong virtual US-India Leadership Summit. Speaking with Mastercard CEO Ajay Banga, Haley heralded the success of Indian Americans, as well as the budding US-India relationship, saying the “USA and India are natural allies – we are democratic, we value life, the status of our people, and human rights of all. The leaders of our nations have realized this and have built a stronger relationship together.” The conference continues for the rest of the week and Indian Prime Minister Modi will headline Thursday’s festivities. Diya TV will bring you his address live on-air and online starting at 11:30 am Eastern.

The test of wills between India and China continues, as both nations are once again pointing the finger at one another over military movements along their respective border. The Indian government says Chinese troops are carrying out ‘provocative military movements to change the status quo.’ Chinese state media makes similar claims about India.

So far, no physical clashes have taken place.

Former Indian President Pranab Mukherjee has died. He was 84. Mukherjee served as India’s 13th President from 2012 until 2017. In a political career spanning five decades, Mukherjee was a senior leader in the Indian National Congress and has occupied several minister posts in the Indian Government. Mukherjee tested positive for coronavirus earlier this year and had been in coma after a brain surgery earlier this month.