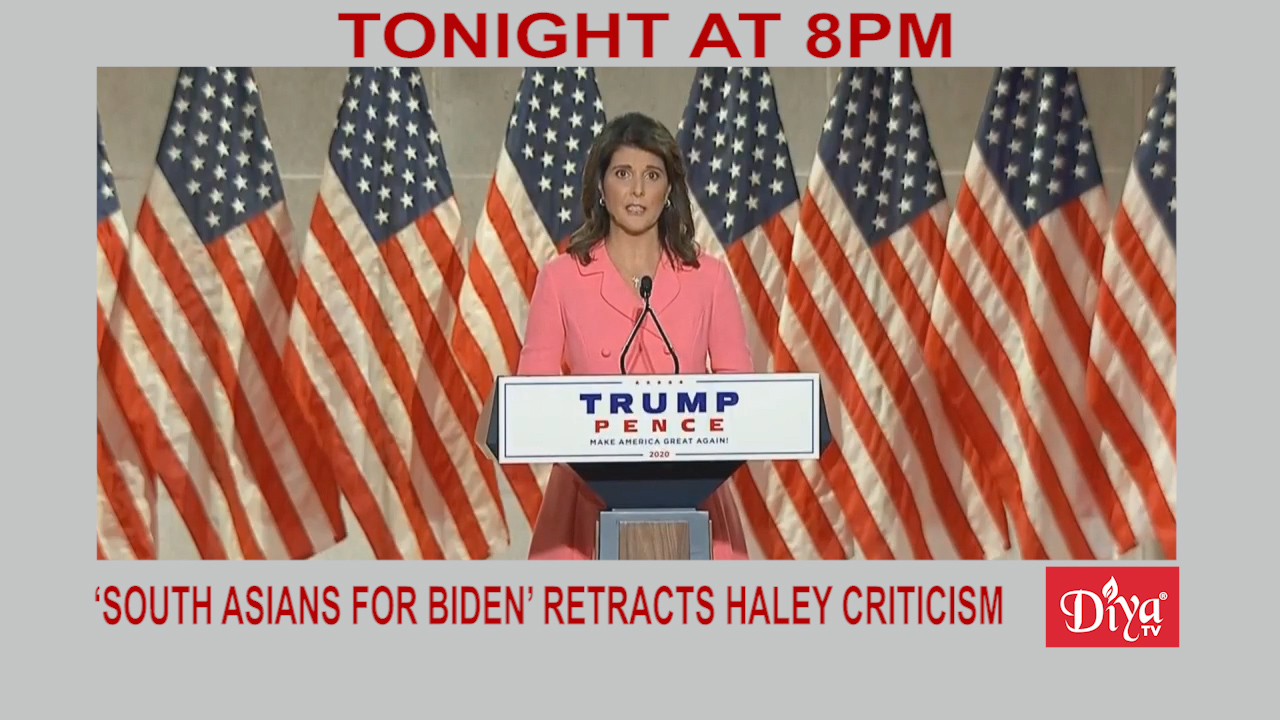 CHARLOTTE (Diya TV) — After former U.S. Ambassador to the United Nations Nikki Haley gave a speech on the first night of the Republican National Convention saying “America is not a racist country,” the grassroots group ‘South Asians for Biden’ sent out a tweet criticizing Haley for using the name ‘Nikki’ rather than her given birth name of ‘Nimrata.’ After a backlash though, the group deleted the tweet, adding they regretted “the tone of the message.” Years ago on Twitter in fact, the potential GOP presidential hopeful explained the name ‘Nikki’ is her real middle name and Haley is the married name she took after marrying Michael Haley.

Day two of the Republican National Convention featured Secretary of State Mike Pompeo, speaking from Jerusalem, and First Lady Melania Trump from the White House. There was also a brief pre-taped appearance from Kellyanne Conway, who announced she is leaving the White House at the end of the month to spend more time with her four children. Conway is one of President Trump’s most influential advisers and was the campaign manager for his 2016 campaign.