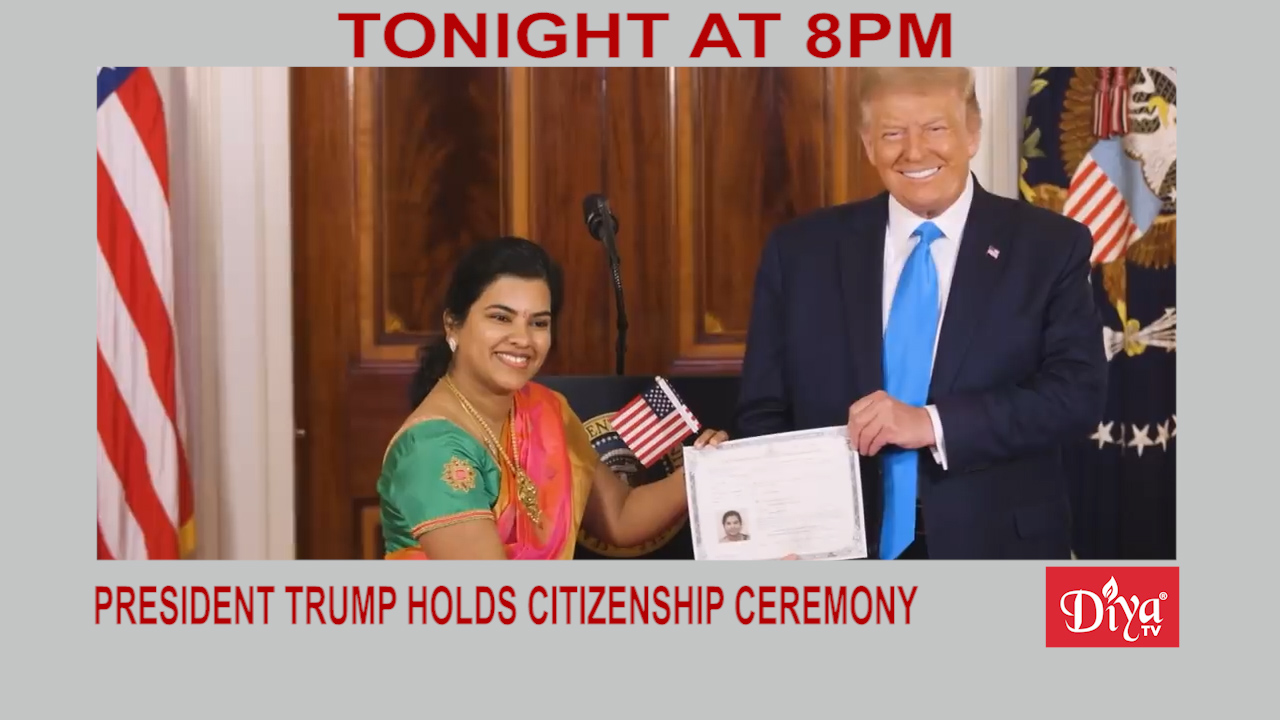 WASHINGTON (Diya TV) — In the middle of the Republican National Convention, President Trump held a citizenship ceremony featuring five immigrants from five countries, including Indian IT professional Sudha Sundari Narayanan. The mother of two came to the U.S. 13 years ago.

Night three of the Republican National Convention featured Vice President Mike Pence speaking from Fort McHenry in Baltimore, Maryland, who focused on contrasting the Trump message with what the Biden-Harris ticket presented during the Democratic National Convention last week. Ohio State Representative Niraj Antani joins us to break down the RNC and why he thinks Republicans are winning over more Indian Americans, a group that has overwhelmingly voted for Democrats historically.

Four years ago on this day, former 49ers quarterback Colin Kaepernick kneeled during the national anthem to highlight police brutality & abuse of power. Now, in an unprecedented move, three NBA playoff games were cancelled and all of the teams are now refusing to continue playing to protest the shooting of Jacob Blake by police in Wisconsin.