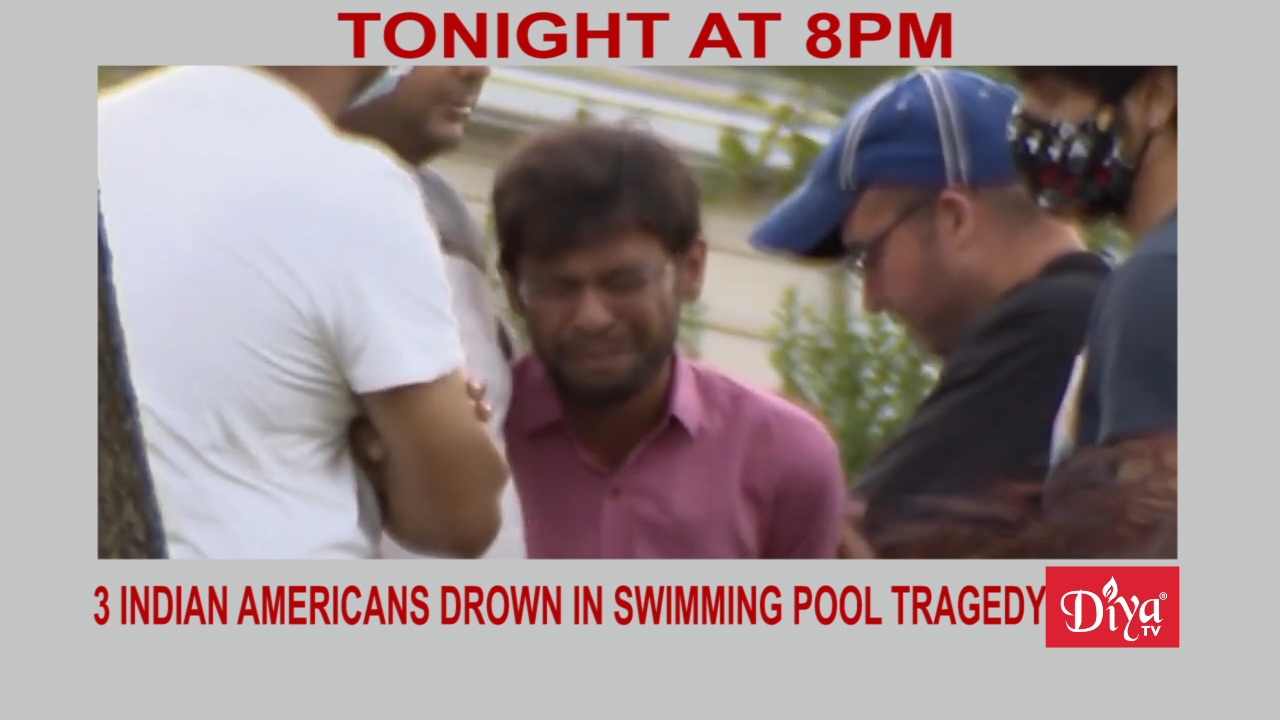 EAST BRUNSWICK, New Jersey (Diya TV) — Three members of an Indian American family in East Brunswick, New Jersey drowned in their above ground pool, in what may have been an accidental electrocution. The victims were identified as 62 year old Bharat Patel, 33 year old Nisha Patel and her 8 year old daughter. Police say the family just moved to the neighborhood less than a month ago. And there’s speculation they may have been electrocuted after authorities are said to have called an electrician to the home as part of their investigation.

Key details about President Trump’s executive order banning H1-B and other visa holders to reenter the U.S. are emerging, including one unfortunate result of the COVID-19 lockdowns. People with expired visas stuck outside of the U.S. as a result of COVID-19 and consulate closures who were previously in the U.S. cannot return until 2021. Legal analysts say the ban penalizes people who have been waiting for Consulates to re-open to merely get their visa restamped.

White supremacists vandalized a Sikh-owned Indian restaurant in Santa Fe, New Mexico, causing $100,000 worth of damage, tagging the India Palace with graffiti saying ‘white power’ and ‘Trump 2020.’ The restaurant just reopened after being closed for COVID-19 public health orders and recent social change protests.  In a tweet, New Mexico’s Governor Michelle Lujan Grisham said, “I am absolutely heartbroken and disgusted by this racist attack. I spoke to Mr. Singh this morning and let him know that our community is with him. We will not stand for such hatred in New Mexico.” Police are investigating it as a hate crime. A GoFundMe page has already raised $56,891 to support the restaurant’s rebuild.