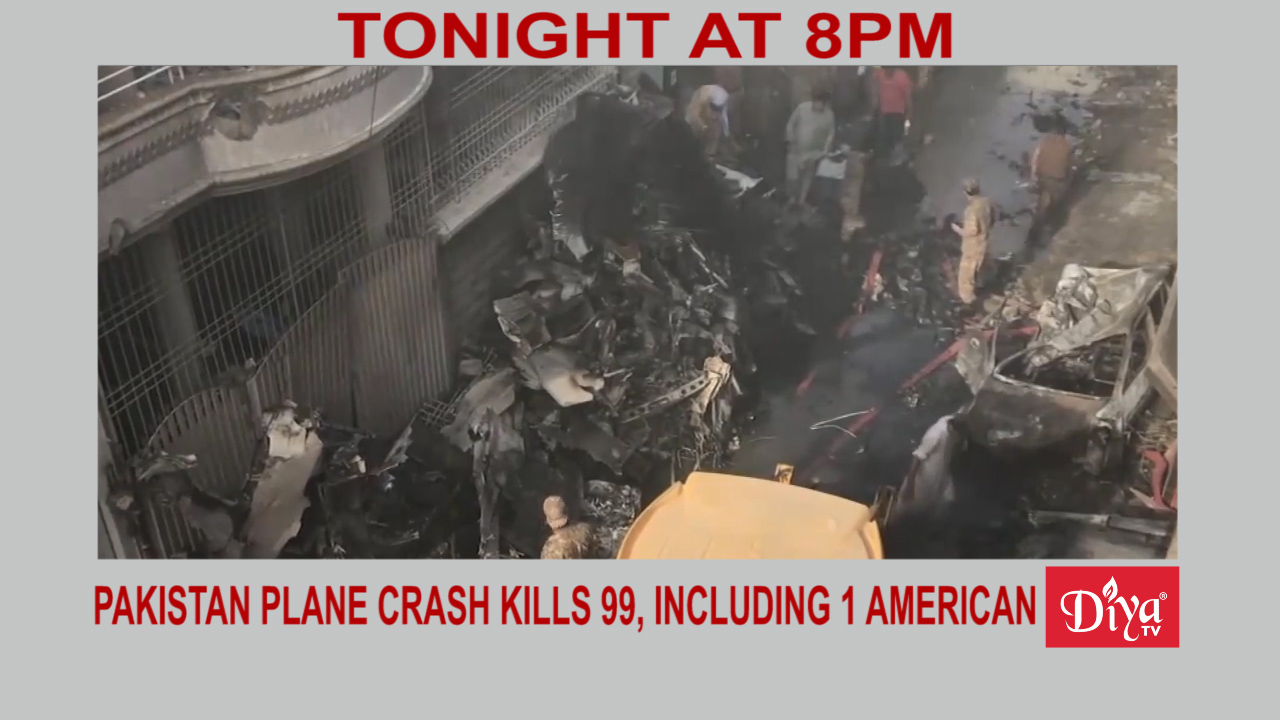 KARACHI (Diya TV)  — A flight from Lahore to Karachi, Pakistan crashed with 99 people aboard. Everyone perished in the crash, including one U.S. citizen. The state-owned Pakistan International Airlines (PIA) said the plane did not hit any buildings and no one on the ground was killed. The cause of the crash is still being determined.

New data released by the Indian government confirms Chinese soldiers entered India’s line of actual control 663 times in 2019, a growth of more than 50% from the year before. Since 2015, 75% of these transgressions were in Ladakh.

Santa Cruz County Sheriff’s Department released the names and mugshots of four men in custody, accused of the kidnapping and murder of Indian American tech entrepreneur Tushar Atre. The 50 year old Atre was a tech entrepreneur and owner of a marijuana dispensary, where 2 of the suspects in custody worked.

TS Tirumurti officially took the helm as India’s new Permanent Representative to the United Nations, presenting his credentials virtually to his new colleagues.