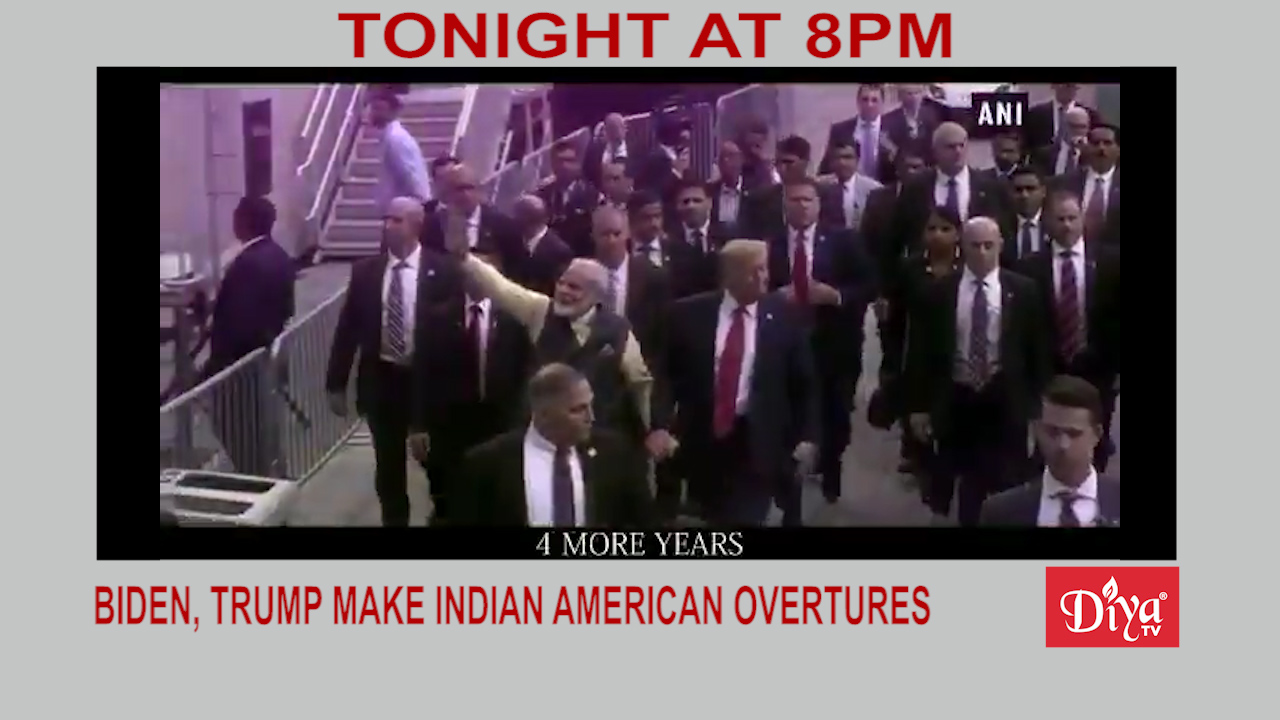 WASHINGTON (Diya TV) — Democrats and Republicans are honing in on the Indian American community to win support from this vital block of voters. Both Joe Biden and Kamala Harris sent tweets to greet Hindus celebrating Ganesh Chaturthi. And the Trump campaign through surrogate Kimberly Guilfoyle, put out a video message tying Trump to Indian Prime Minister Modi, showcasing excerpts of last fall’s Howdy Modi event in Houston and the Namaste Trump event in India.

Two of the top three California wildfires of all time — encompassing 1.2 million acres, which is nearly the size of the Grand Canyon — continue to burn. The state dodged major escalation when overnight lightning strikes did not cause further damage. But 625 fires continue, including 17 considered major. There was some progress towards containment in Northern California thanks to a storm that brought light rain and fog.

Day one of the Republican National Convention is taking place in Charlotte in a muted fashion, with the event being held in a mostly virtual manner. One of the keynotes was by former U.S. Ambassador to the United Nations Nikki Haley, who spoke about her Indian American upbringing in the South, a clear counter reference to the Democrats Vice Presidential nominee Kamala Harris.