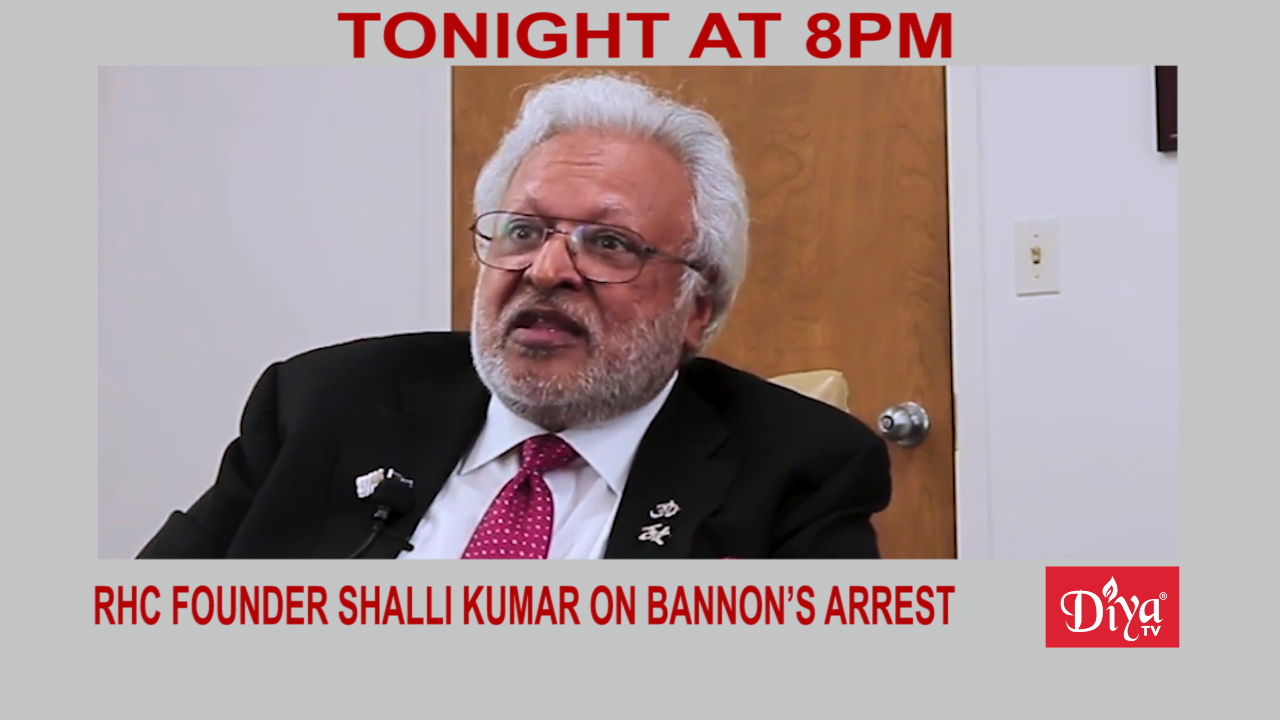 MILWAUKEE (Diya TV) — Former White House adviser Steve Bannon is out on bail and called his arrest a “political hit job.” Bannon vowed to fight the fraud charges he faces in connection with an online fundraising campaign focused on building a border wall. Last year, we spoke to Bannon after he was named honorary co-chair of the Republican Hindu Coalition. When asked about Bannon’s arrest, RHC Founder Shalli Kumar told Diya TV exclusively “Is it possible they did something wrong? It’s possible. Is it possible this is a political ploy by [New York Senator Chuck] Schumer? It’s possible.”

Most of the state of California continues to be engulfed in flames, as two of the ongoing California wildfires are now among the top 10 largest fires in state history. So far, 771,000 acres burned, which is larger than the state of Rhode Island. 119,000 people are under evacuation orders. Of the 560 fires across the state, 23 are considered major. More than 12,000 lightning strikes triggered the blazes and there are now 15,000 firefighters on the frontlines, with aid being requested from other states and even Australia.