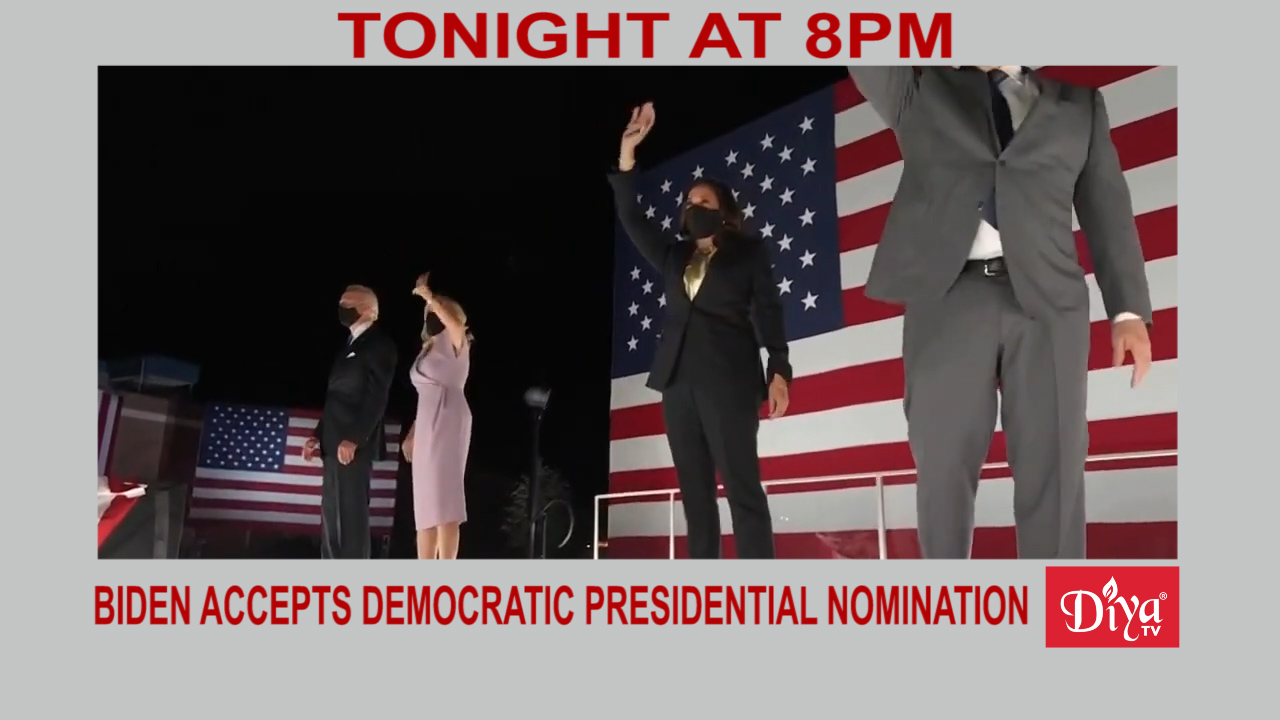 MILWAUKEE (Diya TV)  — The final night of the Democratic National Convention took place virtually across the United States, with appearances from former Democratic presidential candidate Andrew Yang, California Governor Gavin Newsom and former U.S. Surgeon General Vivek Murthy, who made an impassioned plea to voters to support Joe Biden. Murthy, who leads Biden’s healthcare advisory group, spoke about Biden’s compassion, recounting the kindness shown to his family by Biden when they came to visit Murthy in Washington. After being introduced by his children, Biden officially accepted the presidential nomination in Milwaukee, where he was joined by his running mate, Senator Kamala Harris. The tandem and their spouses then waved to a crowd of people assembled in their cars in a parking lot because of the ongoing pandemic, an ending unlike any other political convention to date. The Republican National Convention begins next week and Diya TV will have full coverage.

Steve Bannon, Donald Trump’s former political adviser, who served as CEO of the Trump campaign in 2016, was arrested along with three others involved in a border wall online fundraising campaign. They face wire fraud and money laundering charges by federal prosecutors. The group used a GoFundMe page to raise more than $20 million for building a wall, claiming “100%” of the money would go to construction. But federal prosecutors allege a large portion of the money went to maintain a lavish lifestyle.