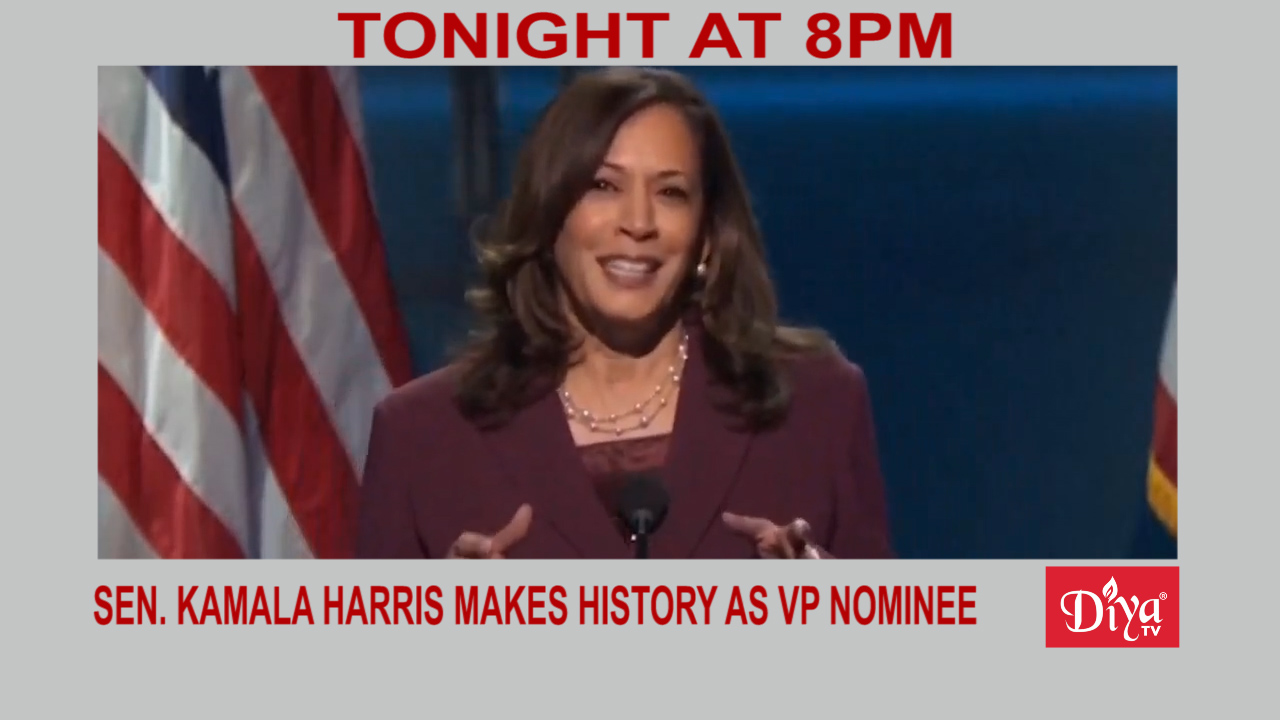 MILWAUKEE (Diya TV) — The third night of the Democratic National Convention featured prominent figures like former First Lady Hillary Clinton and former President Barack Obama. But the night belonged to Senator Kamala Harris, who formally accepted the Democratic nomination for Vice President. Kamala Harris is officially the first Black and Indian American woman nominated by a major party to be on their Presidential ticket. We’ll analyze Harris’ remarks that invoked both her Oakland and Indian roots.

California is literally on fire, after more than 10,000 lightning strikes in the last 72 hours and record heat. There are at least 367 known fires. Thousands have been asked to evacuate from Northern to Southern California. And while there are first responders answering the call, many prison inmates who are often called into duty in these situations are unavailable because of major outbreaks of COVID-19 in detention centers around the state.