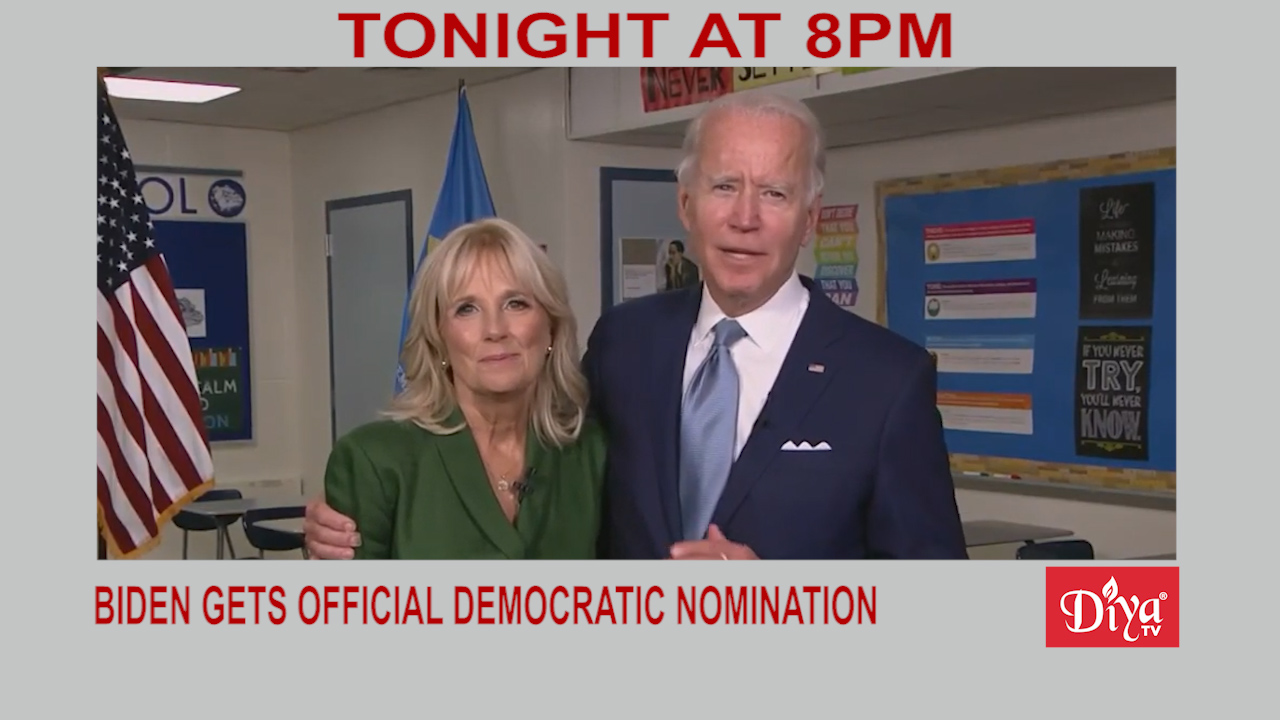 MILWAUKEE (Diya TV) — On day two of the Democratic National Convention, Joe Biden received the official nomination of the party and his wife Jill and former President Clinton were both keynote speakers.

Two of the delegates for Biden are Devang and Bianca Shah. The father-daughter duo are canvassing their respective demos to push the Biden-Harris ticket and we’ll speak to them about how that’s going in the middle of a pandemic.

We’ll also bring you our conversations with Shekar Narasimhan, co-founder of the AAPI Victory Fund and Neil Makhija, Executive Director of Indian American IMPACT, two organizations on the forefront of bringing the Biden-Harris message to Indian Americans.

Online home furnishings giant Wayfair apologized for listing on their website a beach towel with the image of the Hindu God Lord Ganesha on it. It was removed after public outcry. Wayfair’s CEO and co-founder is Indian American Niraj Shah.

Comedian Hasan Minhaj announced his Netflix talk show, “Patriot Act”, will come to an end after six seasons. “Patriot Act” won an Emmy and a Peabody, but like many talk shows produced for the streaming giant, there wasn’t a large enough audience to sustain it.