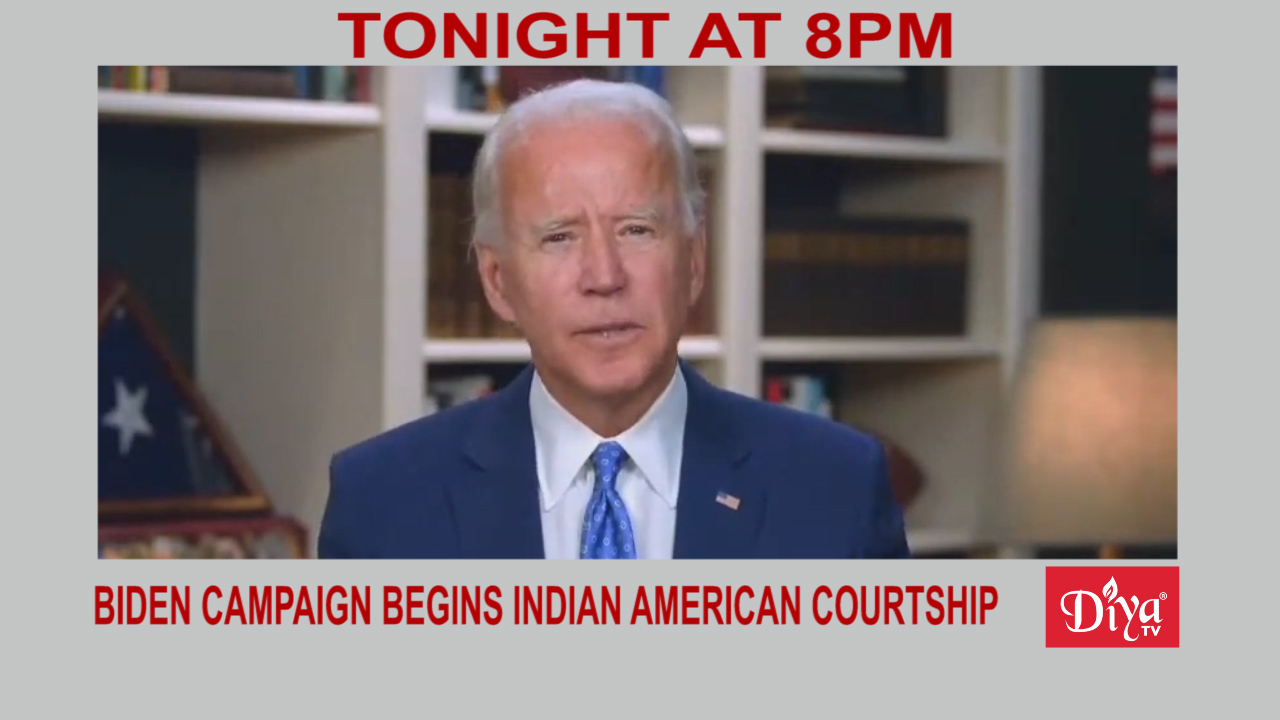 MILWAUKEE (Diya TV) — The Biden-Harris campaign held an Indian Americans for Biden event on Indian Independence Day featuring speeches from former Vice President Biden and California Senator Kamala Harris. They were joined by surrogates Sonal Shah, Richard Verma and Nisha Desai Biswal, all of whom served in the Obama-Biden White House. The event coincided with the announcement from the grassroots South Asians for Biden organization that an ‘Indians for Biden National Council’ is being formed. Neha Dewan and Sanjeev Joshipura will join us to talk about it.

Day one of the Democratic National Convention took place virtually, a stark change from prior years where thousands convene to politicking with their peers. Instead of an event from Milwaukee, Democrats put together a program featuring former first lady Michelle Obama and Sen. Bernie Sanders as keynote speakers, a bevy of other supporters of the Biden-Harris ticket, including former Democratic Presidential contenders.