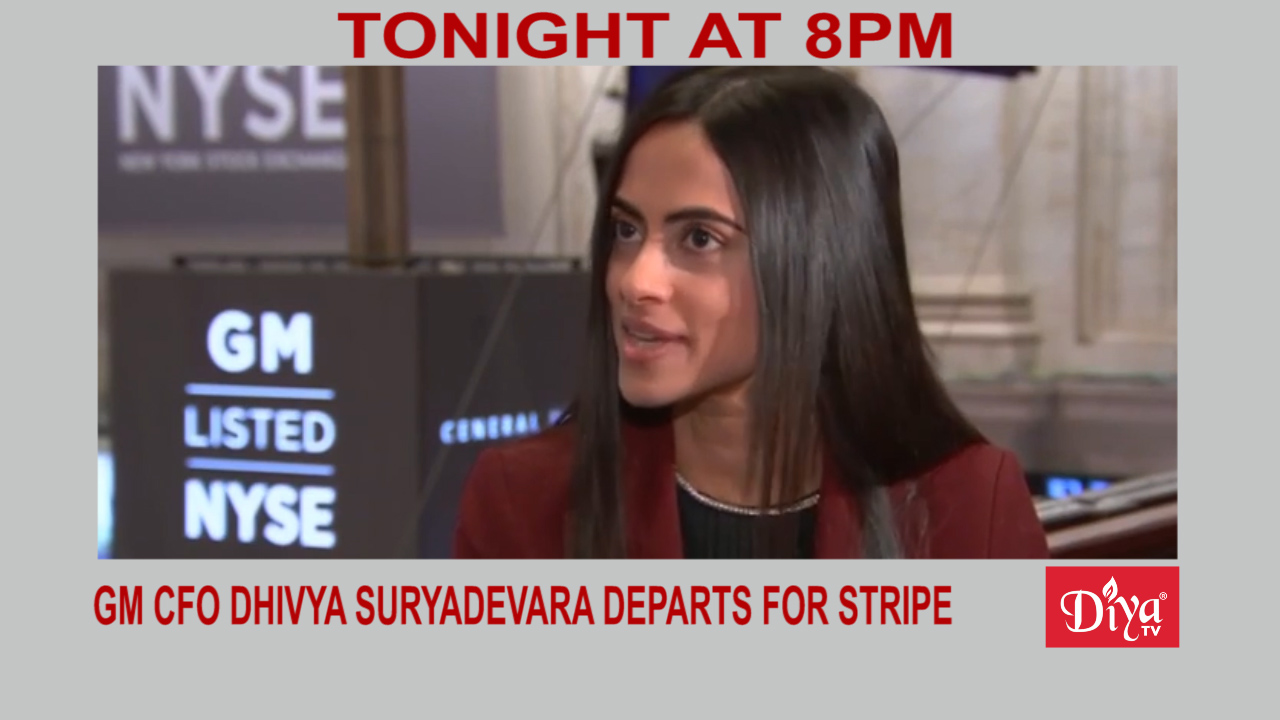 DETROIT (Diya TV)  — In a surprise move, General Motors highly regarded Chief Financial Officer, Dhivya Suryadevara, is leaving the auto giant for Stripe, the payments startup that powers websites around the globe. Suryadevara was the first woman CFO of a major U.S. auto manufacturer and automotive analysts say her departure signals a potential brain drain for legacy automakers competing for talent with newer brands like Tesla and other tech startups.

Under the South Asians for Biden umbrella, a group of influential leaders in the Indian American community will be announced on Indian Independence Day as members of the ‘Indians for Biden National Council.’ Their goal will be to mobilize Indian Americans of all faiths and backgrounds to support the Biden-Harris ticket. Sanjeev Joshipura, the executive director of non-profit Indiaspora, was named director of the council.