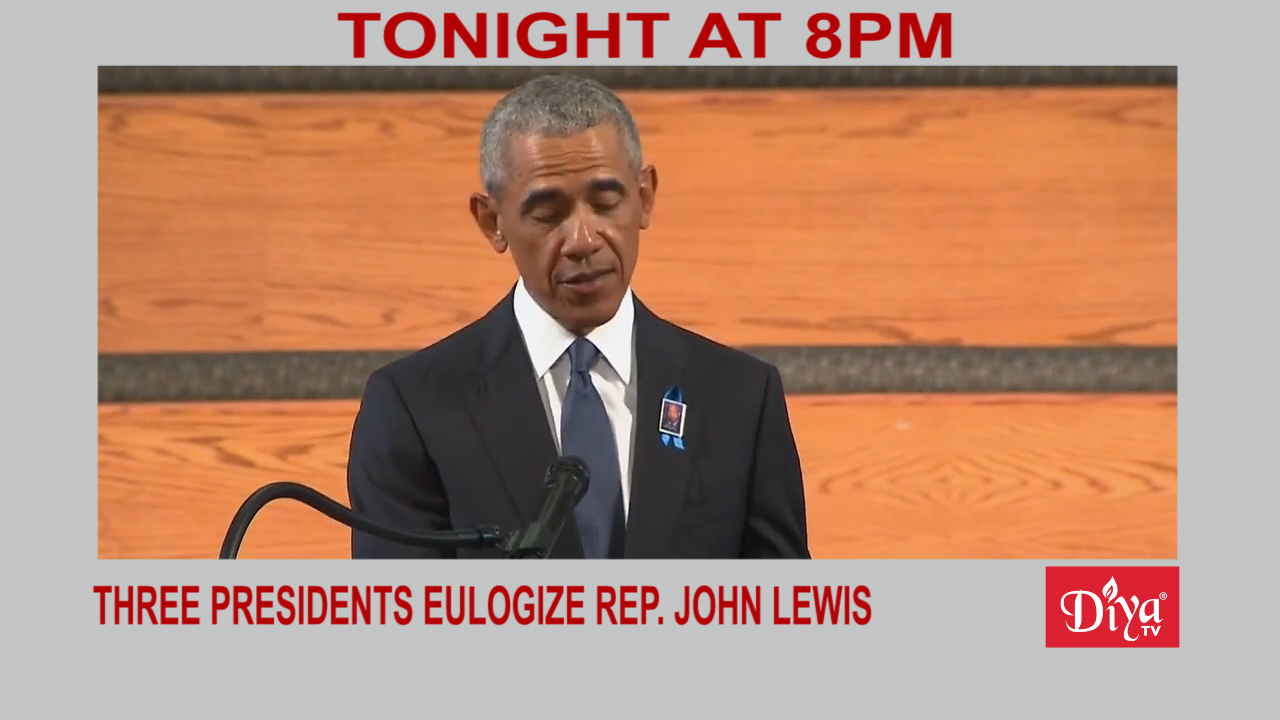 WASHINGTON (Diya TV)  — Three American Presidents were on hand to celebrate the life & legacy of the late Rep. John Lewis at his memorial service in Atlanta. President Obama said “America was built by John Lewises” and called for a new voting rights act to be passed in his honor and House Speaker Nancy Pelosi invoked the Sanskrit word “satyagraha” to convey that Lewis’ mission was to keep “nonviolently insisting on the truth.”

In a tweet, President Trump suggested the November election should be delayed, a change from a statement he made this spring. Democrats & Republicans strongly disagreed and noted the President does not have the power to change the date of the election.

Princepal Singh, a 6’ 10 forward from India, signed a contract in the NBA G League to train and play alongside the pros with a pathway to the NBA. He will be the first NBA Academy India graduate to sign a pro deal and first NBA Academy graduate across the world to sign in the G League.