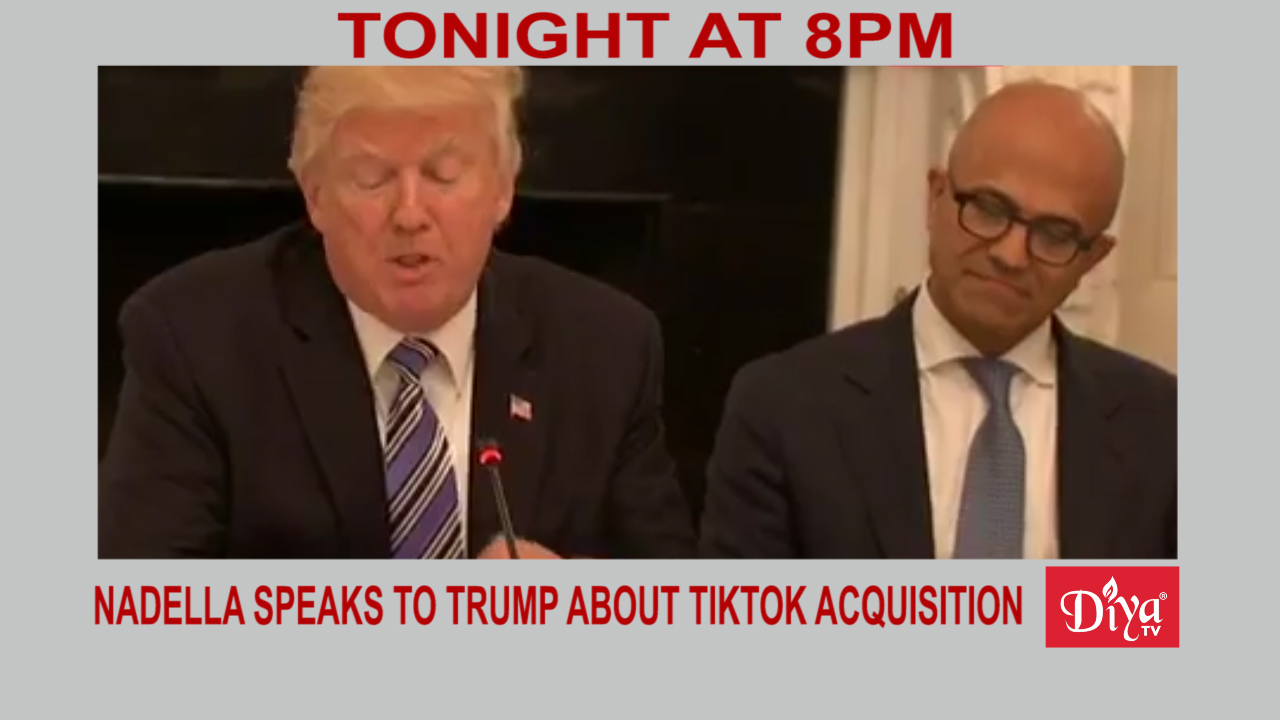 WASHINGTON (Diya TV)  — Microsoft CEO Satya Nadella spoke to President Trump about the fate of TikTok, the popular video app that has already been banned in India and is facing a ban in the U.S. now for national security reasons. After the conversation, Nadella announced Microsoft are pursuing an acquisition of the app with its owner, Chinese technology company ByteDance and are “committed” to addressing the president’s concerns over the video-sharing platform.

Neel Kashkari, who worked in the Treasury Department during the last financial crisis and is currently the President of the Federal Reserve Bank of Minneapolis, says the U.S. economy could benefit if the nation locked down for four to six weeks, adding Congress can afford large scale coronavirus relief efforts.