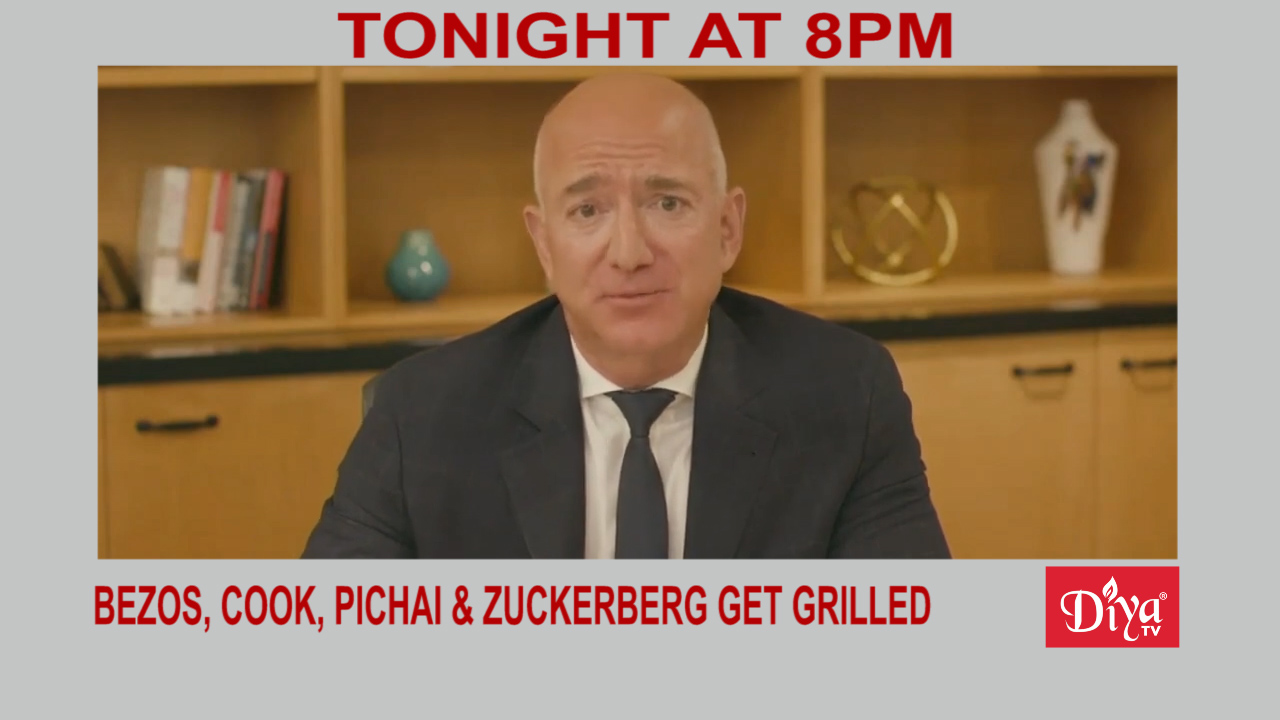 WASHINGTON (Diya TV)  — The leaders of Amazon, Apple, Google and Facebook testified before the House Judiciary Antitrust Subcommittee as part of an investigation into the power of these tech titans. Jeff Bezos,Tim Cook, Sundar Pichai and Mark Zuckerberg all chimed into questions from a bipartisan panel remotely, with each CEO having to address serious allegations of market power and abuse.

A bill, written by the late Congressman John Lewis and cosponsored by Congressman Ami Bera, establishing an exchange between the U.S. and India to study the work and legacies of Mahatma Gandhi and Martin Luther King Jr. was passed by the House Foreign Affairs Committee.

Two Indian 10th graders from Gujarat, Radhika Lakhani and Vaidehi Vekariya, were working on a school project when they discovered an asteroid is slowly shifting its orbit and moving towards Earth. The girls made the discovery by analyzing images taken by a telescope positioned at the University of Hawaii as part of a Space India and NASA project. They were able to name the asteroid and hope to be astronauts one day.