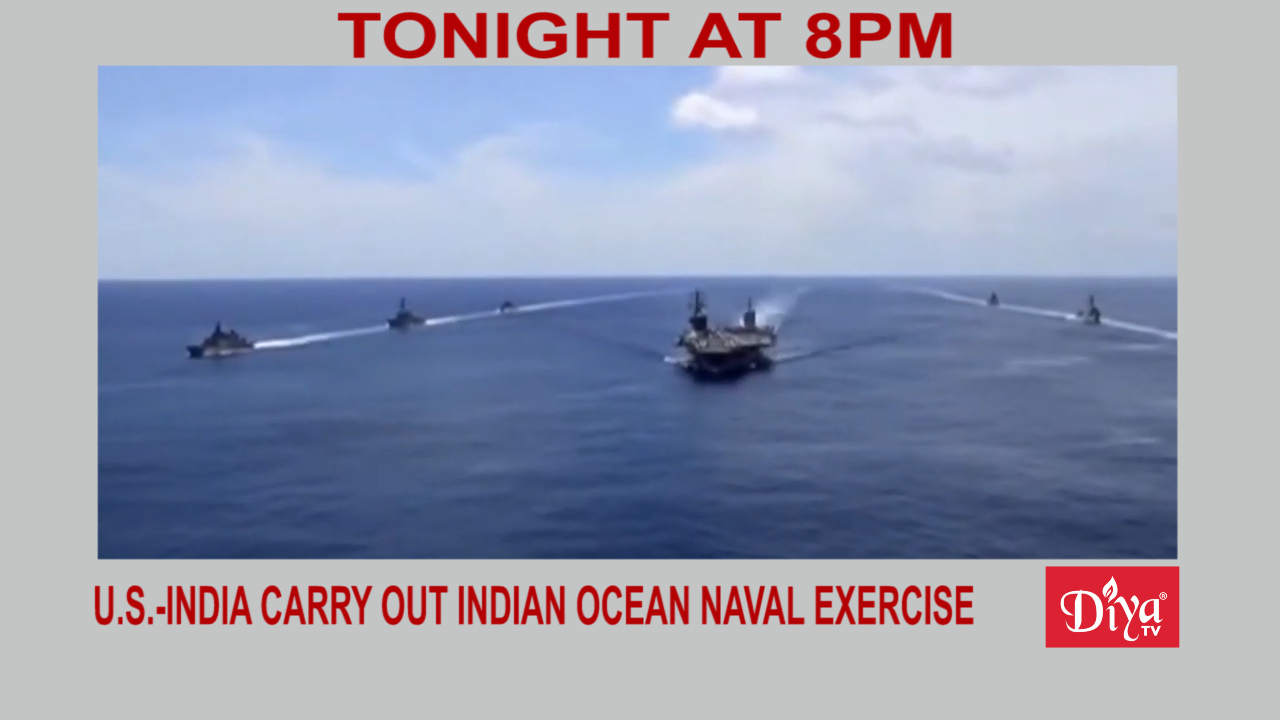 Andaman and Nicobar Islands, INDIA (Diya TV) — The world’s largest warship, the USS Nimitz, made an appearance in the Indian Ocean, as the United States and India conducted naval and air defense drills. Military analysts say the show of force is meant to demonstrate America’s commitment to regional allies like India, and signal to China that international waters must remain open and free.

174 Indian nationals filed a lawsuit against the Trump administration over recent executive orders that prevent H-1B visa holders from entering the United States.

Broadcast journalist Nina Kapur, whose rising star brought her to CBS’ flagship television station WCBS in New York City, has died in a tragic moped accident. She was just 26 years old. Kapur grew up in Pennsylvania and attended Syracuse University.

A recently discovered statue of Buddha found during an excavation in Pakistan, believed to be 1700 years old, was destroyed by workers on scene, who called the relic “unIslamic.” Four people were arrested and charged with breaking Pakistan’s antiquities protection law.