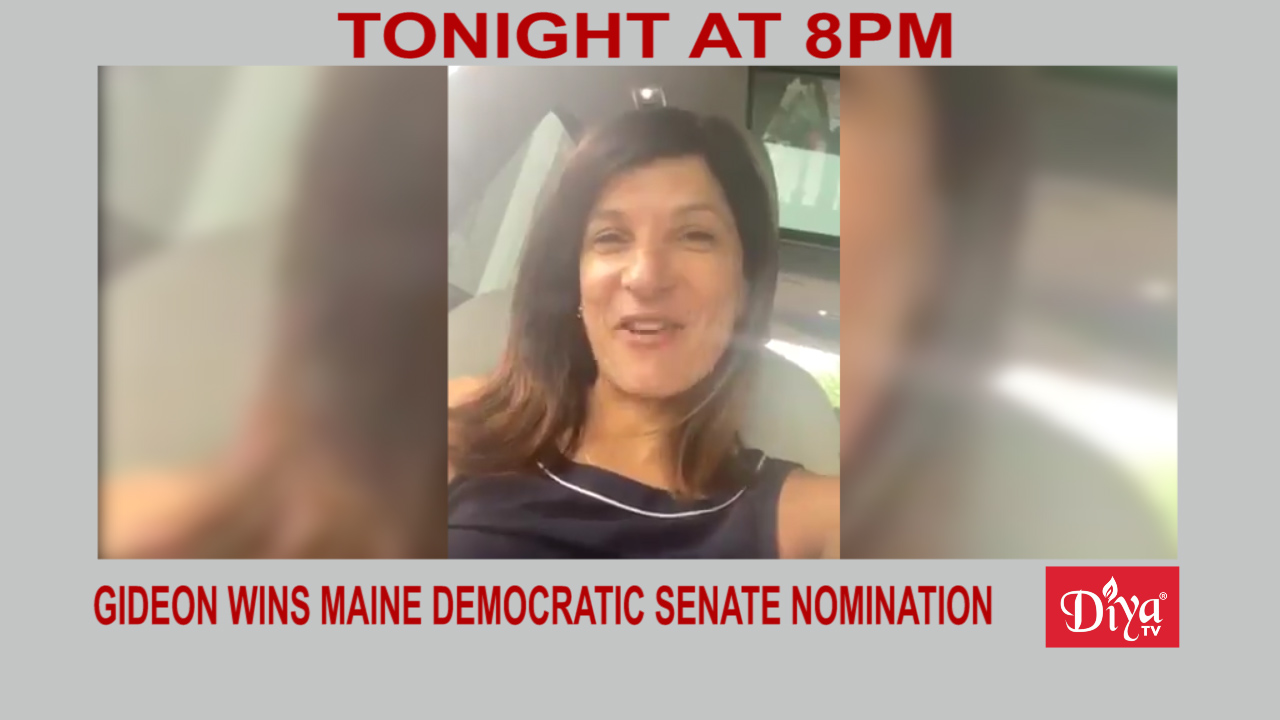 AUGUSTA, Maine (Diya TV) — Indian American Senate candidate Sarah Gideon won Maine’s Democratic primary and will now face incumbent Republican Senator Susan Collins, in what will be one of the most highly anticipated races this fall.

Bollywood megastars Amitabh Bachchan, son Abhishek, daughter in law Aishwarya Rai and granddaughter Aaradhya have all tested positive for COVID-19. Amitabh is 77 years old and both he and Abhishek are hospitalized. Aishwarya and Aaradhya are quarantined at home. The elder Bachchan has appeared in more than 200 Indian films over five decades. He is also a former politician and a television host.

And USAID, America’s development agency, granted $1 million to the Central Tibetan Administration in exile in India. It’s the first time a US government agency has offered aid directly to the Tibetan leadership. This news comes after satellite images indicate China has destroyed the largest Buddhist site within Tibet.