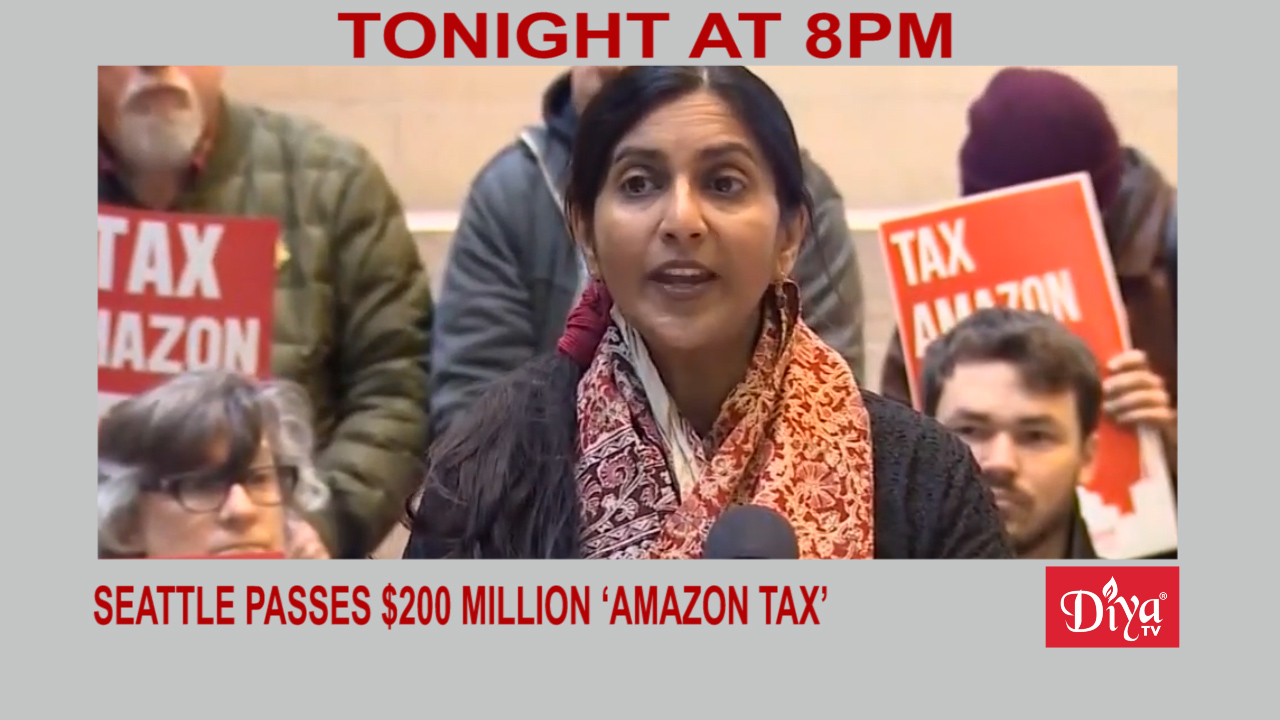 SEATTLE (Diya TV) — The effort to increase taxes on major businesses in Seattle to create affordable housing and jobs has been a mission of Councilmember Kshama Sawant for years, with Amazon being the main target. Alongside Kshama Sawant, in a 7 to 2 vote, the Seattle City Council voted to approve what some are calling an ‘Amazon Tax’, to raise $200 million annually, levied strictly on companies with large payrolls. The measure could face a legal challenge from Amazon, who would pay the lionshare of the tax on its roughly 53,000 Seattle-based employees.

Non-profit Indiaspora announced their Business Leaders List by hosting an impressive virtual gathering of some of the top Indian American business leaders in the nation. From Raj Gupta, Chairman of Avantor and Aptiv, to Newell Brands CEO Ravi Saligram and Niraj Shah, Wayfair’s co-founder & CEO, the list includes 58 top executives of Indian descent, accounting for a $1 trillion in annual revenue.

ICE may force some foreign students out of U.S.