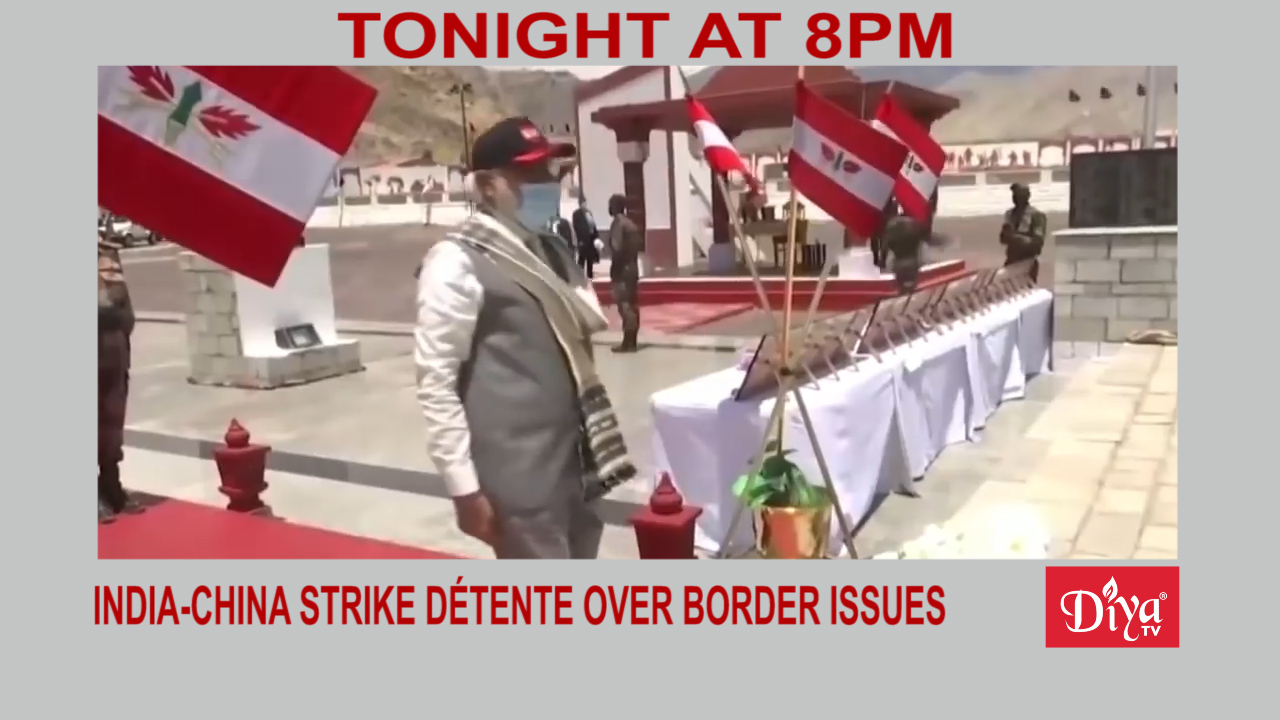 Ladakh, INDIA (Diya TV)  — Just days after Indian Prime Minister Modi visited the frontlines in Ladakh to encourage his troops and honor those lost in a recent battle with China, India and China jointly announced both countries will disengage, pulling back in a limited manner at separate key points. A two-hour frank conversation between both nation’s foreign ministers led to the breakthrough. While both sides claim their sovereignty had been violated, India made some major economic moves against China in recent days, banning investment, stopping Chinese participation in freeway developments and blocking 59 apps including TikTok. TikTok announced they would lose up to $6 billion because of India’s ban.

In a statement on his agenda for Muslim Americans, presumptive Democratic Presidential nominee Joe Biden said he was disappointed with the Indian government’s implementation of the National Register of Citizens in Assam, the passage of the Citizenship Amendment Act and recent actions in Jammu and Kashmir. Biden has a long list of agendas he plans to implement if he is elected President, but there is no listing as of yet for Hindu and Sikh Americans.

ICE may force some foreign students out of U.S.