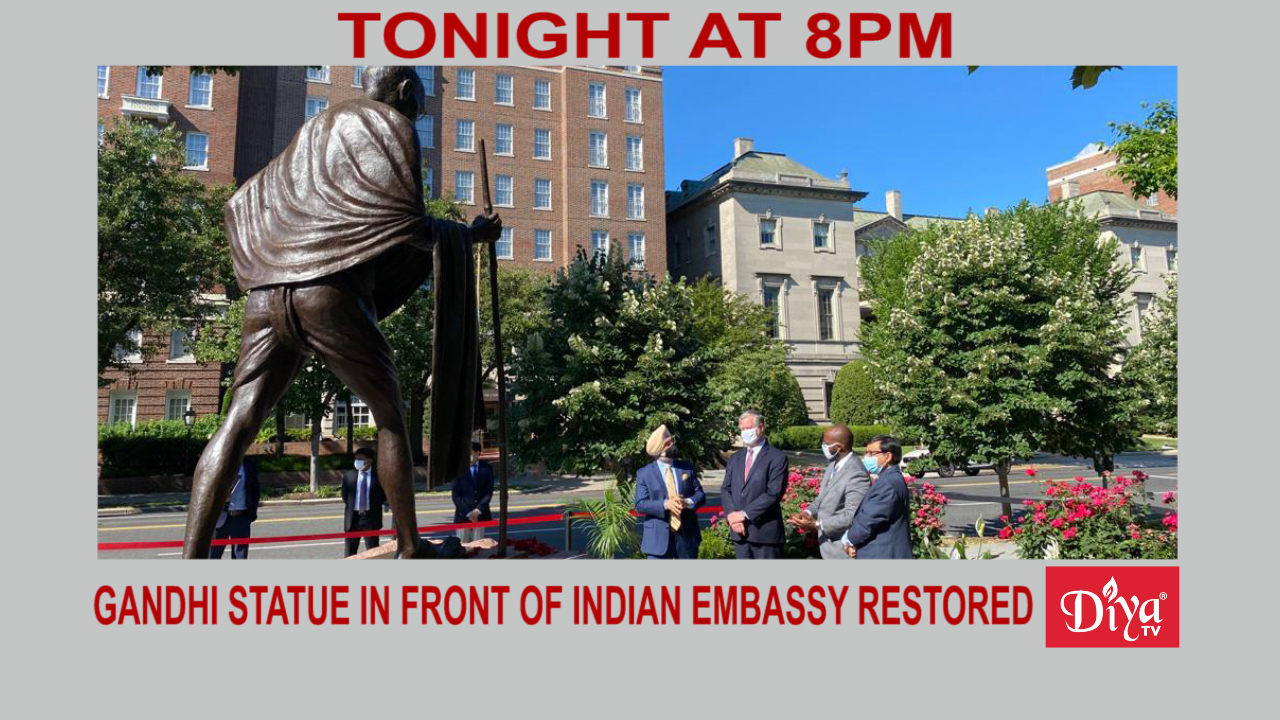 WASHINGTON (Diya TV)  — The Mahatma Gandhi statue that was vandalized during protests in Washington, DC is back in front of the Indian Embassy fully restored. U.S. Deputy Secretary of State Stephen Biegun joined Indian Ambassador to the U.S. Taranjit Singh Sandhu to commemorate the restoration of the Gandhi statue.

Indian Prime Minister Modi made a surprise visit to Ladakh to pay tribute to the soldiers lost in the border clash with China. In a speech, Modi declared “the age of expansionism is over. This is the age of development”, a thinly veiled jab at China. Chinese spokesmen in response to the visit warned India against making a “strategic miscalculation.” Meanwhile, India approved the purchase of 33 new fighter aircraft from Russia at a cost of $2.43 billion.

The Balochistan Liberation Army is claiming responsibility for an attack on the Pakistan Stock Exchange in Karachi that killed at least 11 people. Four militants carried grenades and killed two guards along with a policeman before they were gunned down by security forces. Pakistan Prime Minister Imran Khan claimed without evidence India was behind the attack. Indian spokemen in response said “Unlike Pakistan, India has no hesitation in condemning terrorism anywhere in the world, including in Karachi.”

NEW YORK (Diya TV) — 66 houses were vandalized and at least 20 homes of Hindus set on fire in Bangladesh over an alleged social media post considered blasphemous. This comes amid protests by the minority community against incidents of temple vandalism during the Durga Puja last week.

Colin Powell, the first Black US Secretary of State whose leadership in several Republican administrations helped shape American foreign policy has died from complications related to  COVID-19, He was 84.

Diwali celebrations have resumed in Fremont and Cupertino, California after a one year hiatus due to the pandemic. Actor and comedian Omi Vaidya was the Grand Marshall at the Festival of Globe event in Fremont. And Congressman Ro Khanna was one of several elected officials to attend the Bay Area Diwali event organized by the Cupertino Chamber of Commerce.