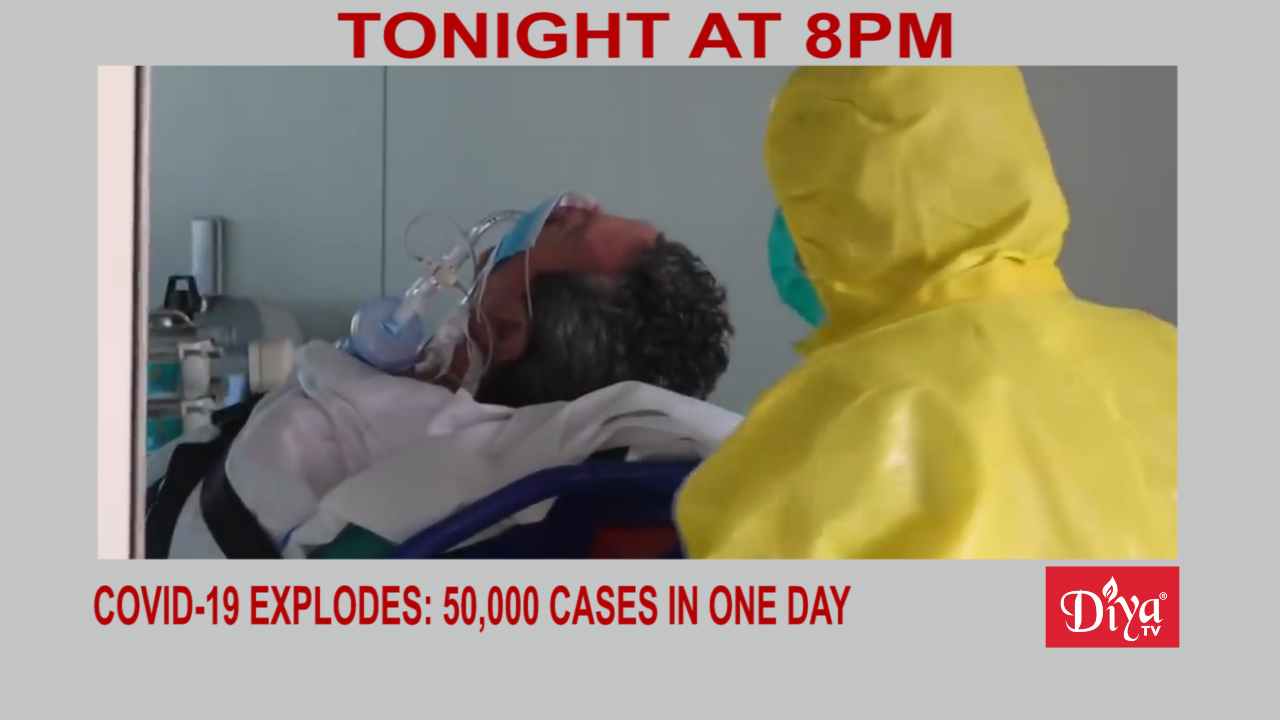 AUSTIN, Texas (Diya TV)  — Fears of a COVID19 spike have been realized, as the caseload around the nation continues to set records daily. On Wednesday, 50,000 new cases were reported around America, 10,000 in Florida alone. Texas Governor Greg Abbott is now mandating masks in his hard-hit state and states that were starting to open up are now reworking their plans in order to combat COVID19.

As Indian and Chinese military commanders held a third round of talks on disengagement, the Indian government made another move against business and investment from China, announcing Chinese companies will not be allowed to take part in India’s highway and transportation projects, among other sectors. Meanwhile, Prime Minister Modi deleted his account on the Chinese social media platform Weibo.

President Trump though White House Press Secretary Kayleigh McEnany made his strongest remarks to date on the India-China conflict, saying “China’s aggressive stance along the India-China border fits with a larger a pattern of Chinese aggression in other parts of the world and these action only confirm the true nature of the Chinese Communist Party.”