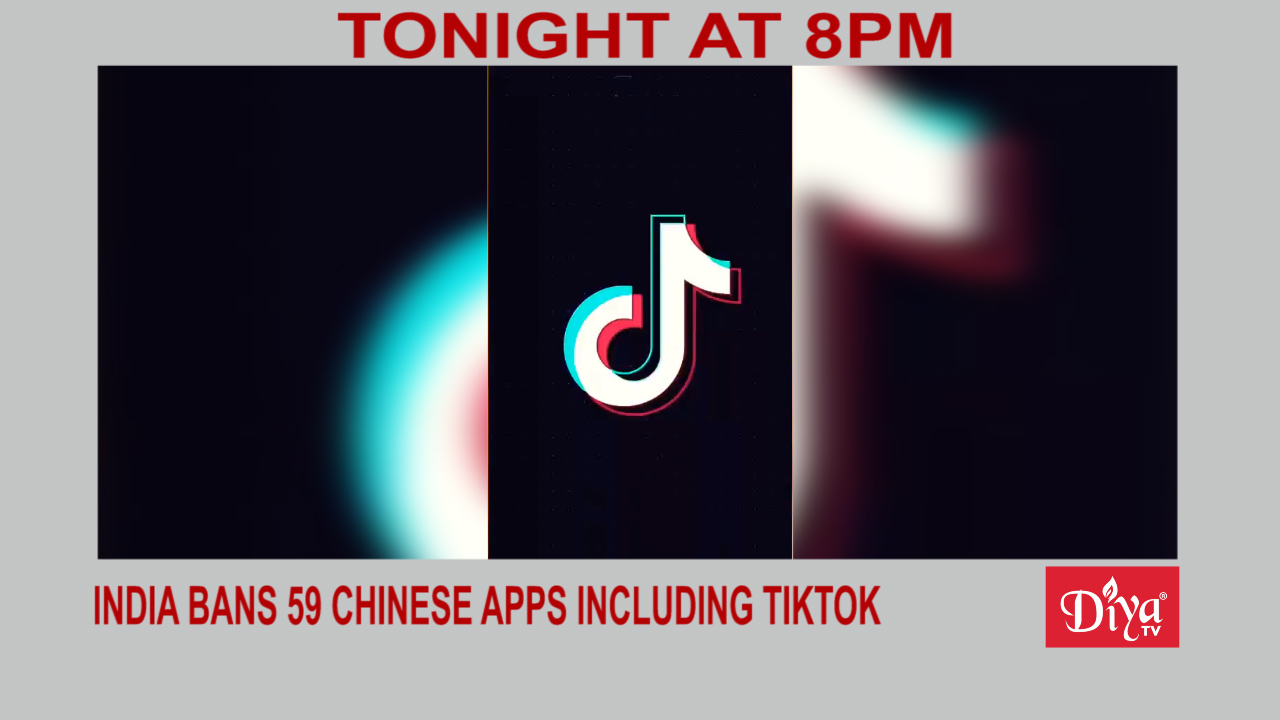 NEW DELHI (Diya TV) — In the latest move in the ongoing standoff between India and China, the Indian government said they are banning 59 apps developed by Chinese firms on national security grounds, including TikTok, the video app that has more than 600 million Indian users, its biggest overseas market. When TikTok was blocked in India for a week last year, the app acknowledged it lost more than $500,000 a day.

The TikTok ban among others creates a vacuum and an immediate opportunity for homegrown apps. Taking immediate advantage is Chingari, a short form video app that is receiving more than 100,000 downloads per hour since the ban was announced. Even Silicon Valley venture capitalists are rooting on app creators, with Balaji Srinivasan and Naval Ravikant tweeting they want developers to email them prototypes.

Diya TV powered the South Asian Bar Association virtual conference this weekend and the gala was highlighted by a frank conversation by Preet Bharara & Vanita Gupta, who gave their insights into the Supreme Court, the Department of Justice and the fight for racial equality. Watch this virtual gala in its entirety on our YouTube channel.