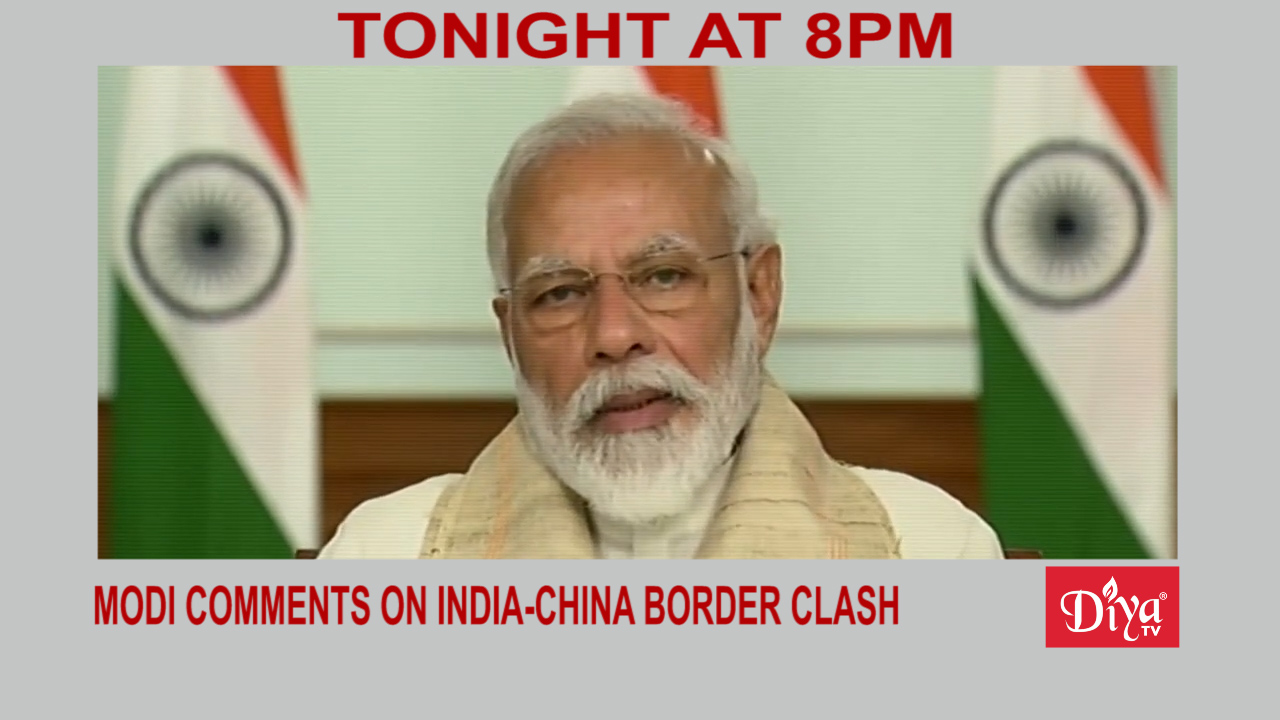 NEW DELHI (Diya TV)  — Indian Prime Minister Modi addressed his nation in the aftermath of the border battle with China that killed 20 Indian soldiers, with news reports indicating 43 Chinese troops were killed as well. This major escalation along the India-China border for the first time in decades has left the world wondering if this will lead to another showdown between the nations, who last fought a border war in 1962, with periodic skirmishes ever since. Modi in his address assured “the sacrifice of our soldiers will not go to waste,” adding that while India wants peace, they can respond in kind. The Prime Minister has called for a meeting with the Presidents of all Indian political parties to discuss the matter.

India’s External Affairs Minister S. Jaishankar told China’s Foreign Minister Wang Yi the border clash was a premeditated and planned action by China, reminding his counterpart of the agreement to reduce tensions in the region following a meeting between senior military commanders earlier this month. China denies the claim and says India triggered the conflict.