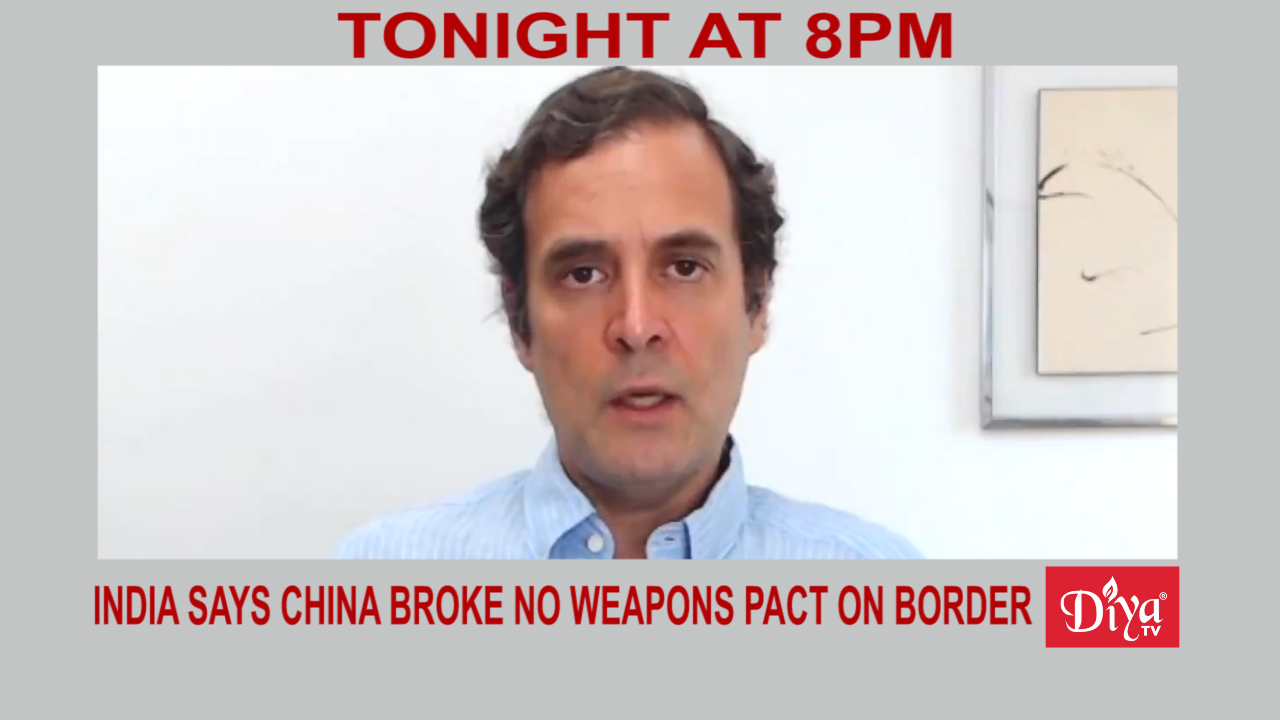 NEW DELHI (Diya TV) — After Congress leader Rahul Gandhi questioned why Indian soldiers were unarmed along the India-China border, while the Chinese carried bamboo sticks with nails and other weapons, Indian External Affairs Minister S Jaishankar said all troops on border duty always carry arms, including in this situation. But Indian soldiers did not use their firearms because of agreements made in 1996 and 2005 with China not to use them during faceoffs.

There are ongoing uprisings throughout India calling for the boycott of all Chinese products. Eight of every 10 smartphones in India are made in China and one of the leading brands, Oppo, cancelled the launch of a new phone because of the tense situation.

The U.S. Supreme Court ruled against the Trump administration by a 5 to 4 vote to end DACA, the program offering legal protections to young undocumented immigrants. Chief Justice John Roberts was the swing vote that led the Court to rule the administration’s decision to rescind the program violated the Administrative Procedure Act (APA). They did not rules on the merits of the law, leaving the door open for future challenges.

Modi on India-China clash: “The sacrifice of our soldiers will not go to waste”