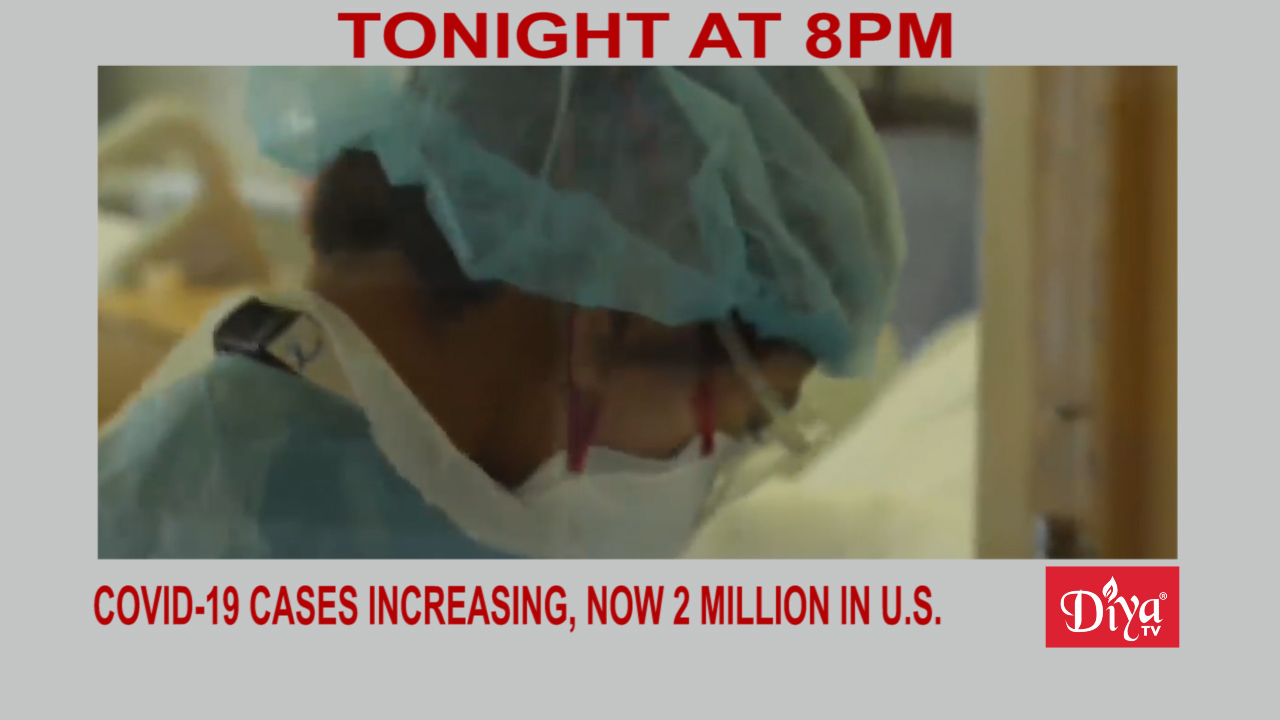 WASHINGTON (Diya TV) — 2 million Americans are now living with COVID-19, another incredible marker in this ongoing pandemic. And as the U.S. reopens, cases are on the rise in 20 states. The death toll is now over 110,000 people, nearly ¼ of all deaths globally.

The President of the Central Tibetan Administration in exile in India chimed into the India-China border dispute. Dr. Lobsang Sangay says the disputed parts of Ladakh have always been part of India and that this dispute would continue as long as Tibet remains an issue. He added China’s military moves of late are meant to distract from the origins of COVID-19.

And Indian-American community leader Ramesh Patel passed away from complications related to COVID-19. He was 78. Patel was the chairman of the Federation of Indian Associations of New York, New Jersey and Connecticut known as FIA Tristate, the organizer of the massive India Day parade annually in New York.