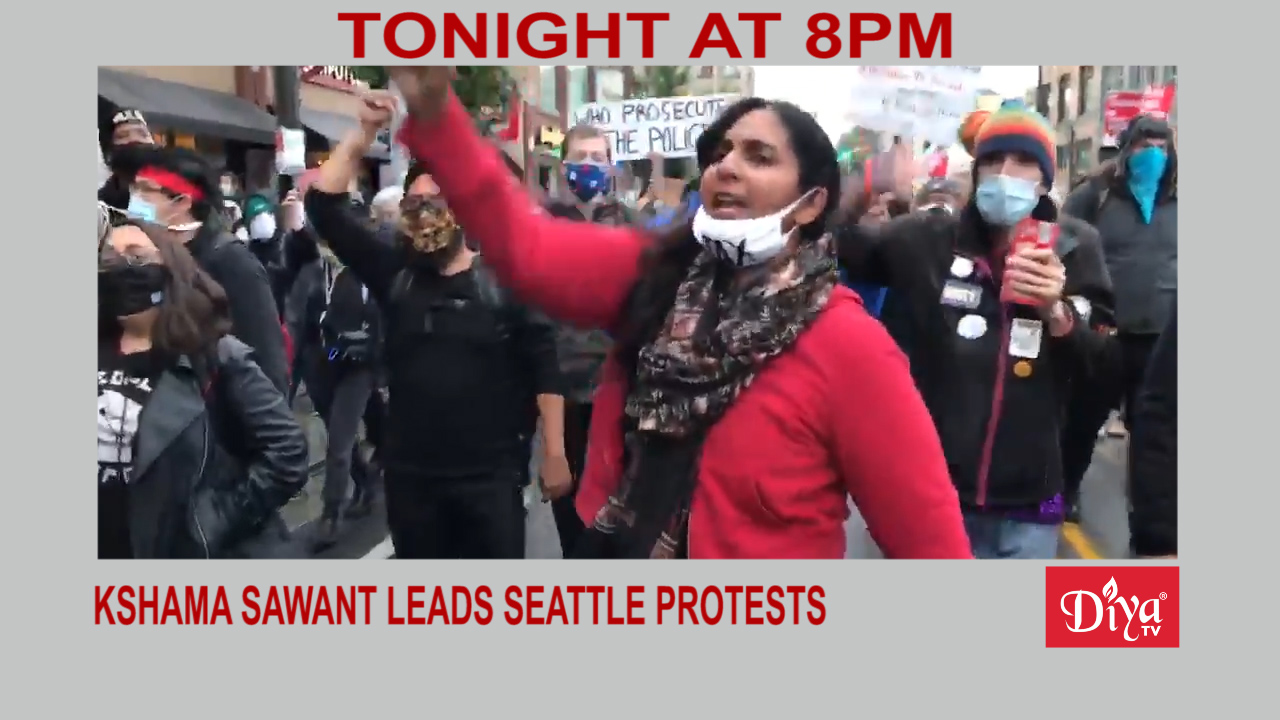 SEATTLE (Diya TV) — Seattle City Councilmember Kshama Sawant is among those leading a series of protests that’s drawn the ire of President Trump. Sawant, who is avowed Socialist, marched with thousands protesting police brutality. Kshama Sawant & her team even opened up City Hall after hours to let the protestors speak out. Now this loose coalition is stationed around the clock in Seattle’s East Precinct, which they call the “Capitol Hill Autonomous Zone.” Sawant is calling for major changes in Seattle, including the banning of chokeholds and chemical weapons by police, a reduction in their funding by 50% and the resignation of Seattle’s Mayor Jenny Durkan.

A week after the unemployment rate dropped to the surprise of many, 1.5 million more Americans filed new claims for unemployment benefits. That brings the total number of claims during the coronavirus pandemic, a three month span, to more than 44 million people.

President Trump will accept his nomination as the Republican candidate for President in Jacksonville, a change in venue from Charlotte, whose governor said his state would enforce social distancing policies that would limit the amount of attendees on hand.

BREAKING: Sawant celebrates as Seattle bans use of tear gas