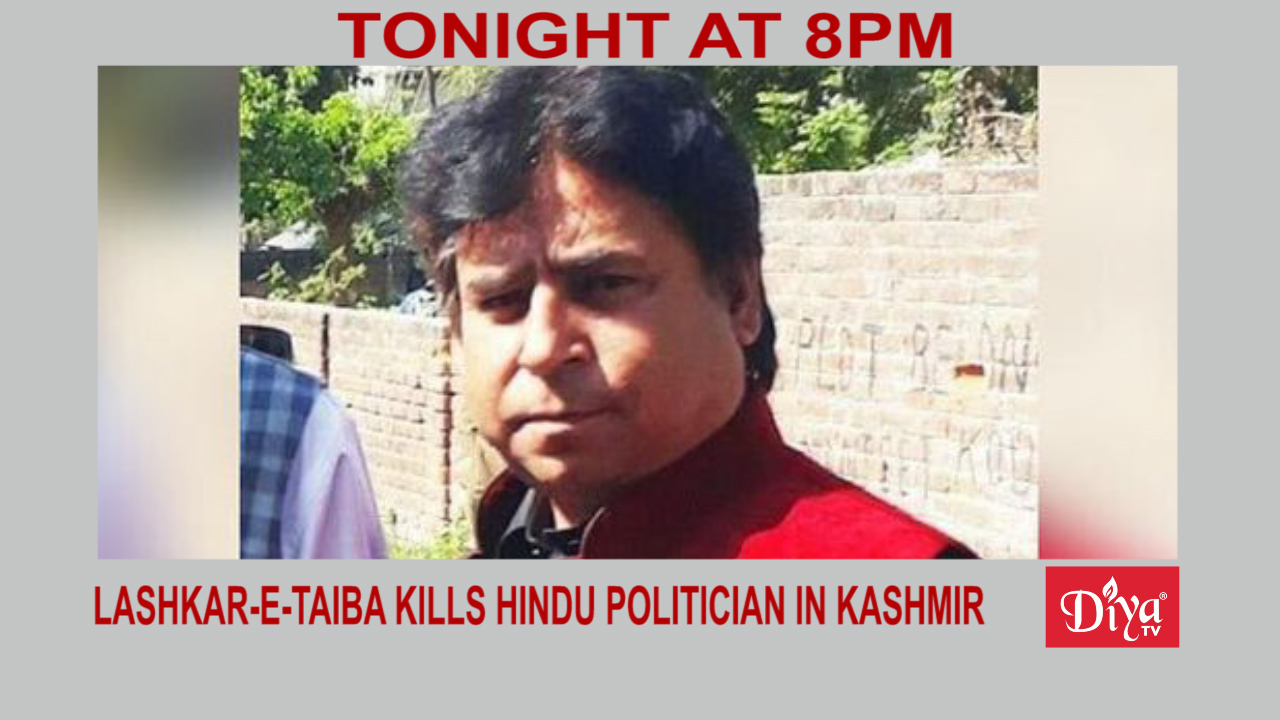 JAMMU AND KASHMIR, India (Diya TV) — Ajay Pandita, the only Hindu elected official in Kashmir, was killed by the terrorist group Laskhar-e-Taiba (LeT), the same group responsible for 2008 Mumbai attacks. Just weeks before his death, he noted in an interview there was no security for political leaders like himself in the war-torn region.

Sashi Mcentee, the Indian American Mayor of Mill Valley, issued an apology for a comment during a city council meeting that has thousands of people calling for her resignation. When asked by a constituent what the city was doing to show Black Lives Matter, Mcentee said the issue “was not of immediate local importance” and shouldn’t be discussed at the meeting.

A young woman in her 20’s whose lungs were destroyed by COVID-19 received a double lung transplant at Northwestern Memorial Hospital in Chicago, an effort led by Dr. Ankit Bharat, the Chief of Thoracic Surgery. It’s the first known lung transplant in the United States for the coronavirus.