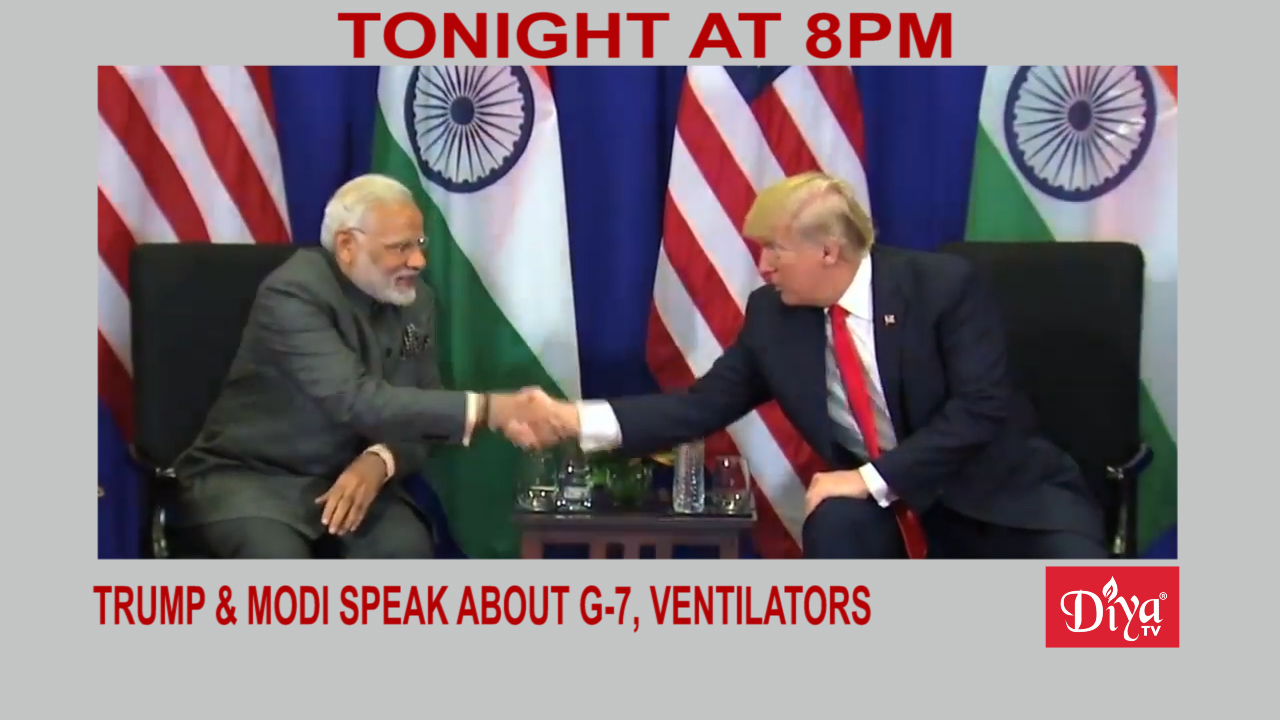 MINNEAPOLIS (Diya TV) — President Trump and Prime Minister Modi spoke over the phone about the upcoming G-7 summit, an event Trump has asked Modi to attend. Trump would like to expand the list of nations attending the summit on a permanent basis to include India. They also discussed the first batch of ventilators that are being shipped from the U.S. to India next week

A private memorial service for George Floyd took place at North Central University in Minneapolis, featuring a number of speakers and a eulogy by Reverend Al Sharpton. All four officers involved in George Floyd’s death have been charged with causing or aiding his murder.

The latest United Nations Security Council report on terrorism says Pakistan is the epicenter of international terrorism, revealing terror organizations based in Pakistan send rebels into Afghanistan to carry out assasinations. The report adds there are 6500 Pakistanis and other foreign terrorists stationed in Afghanistan, getting support from Pakistan-based Lashkar-e-Taiba and Jaish-e-Mohammed.