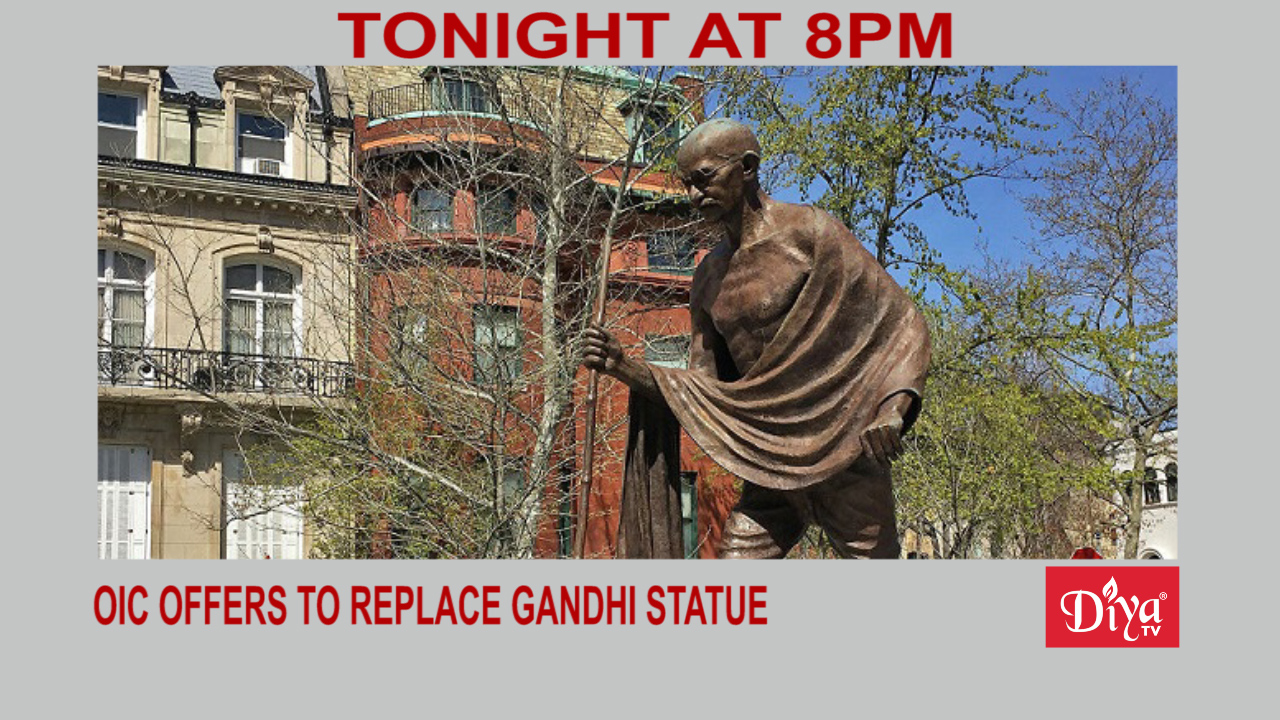 WASHINGTON (Diya TV) — The Indian Overseas Congress told the US government it wants to foot the bill to restore Mahatma Gandhi’s statue near the Indian Embassy in Washington DC. The statue was desecrated during protests against police brutality. The statue was dedicated in 2000 by former President Clinton and former Prime Minister Vajpayee, and the Indian Overseas Congress is eager to see it returned to glory.

Derek Chauvin, the fired police officer accused of murdering George Floyd in Minneapolis, is in custody and had his bail raised to $1.25 million. He faces 2nd degree murder charges that, if convicted, could have him spend up to 75 years in prison. The other three officers charged with aiding and abetting could face up to 50 years in prison.

Democrats unveiled a broad police reform bill that intends to transform law enforcement. The Justice in Policing Act of 2020 would ban chokeholds, establish a national database to track police misconduct and prohibit certain no-knock warrants. Before introducing the bill, top Democrats all wore kente cloth stoles and took a knee to honor George Floyd and other black Americans killed by police.