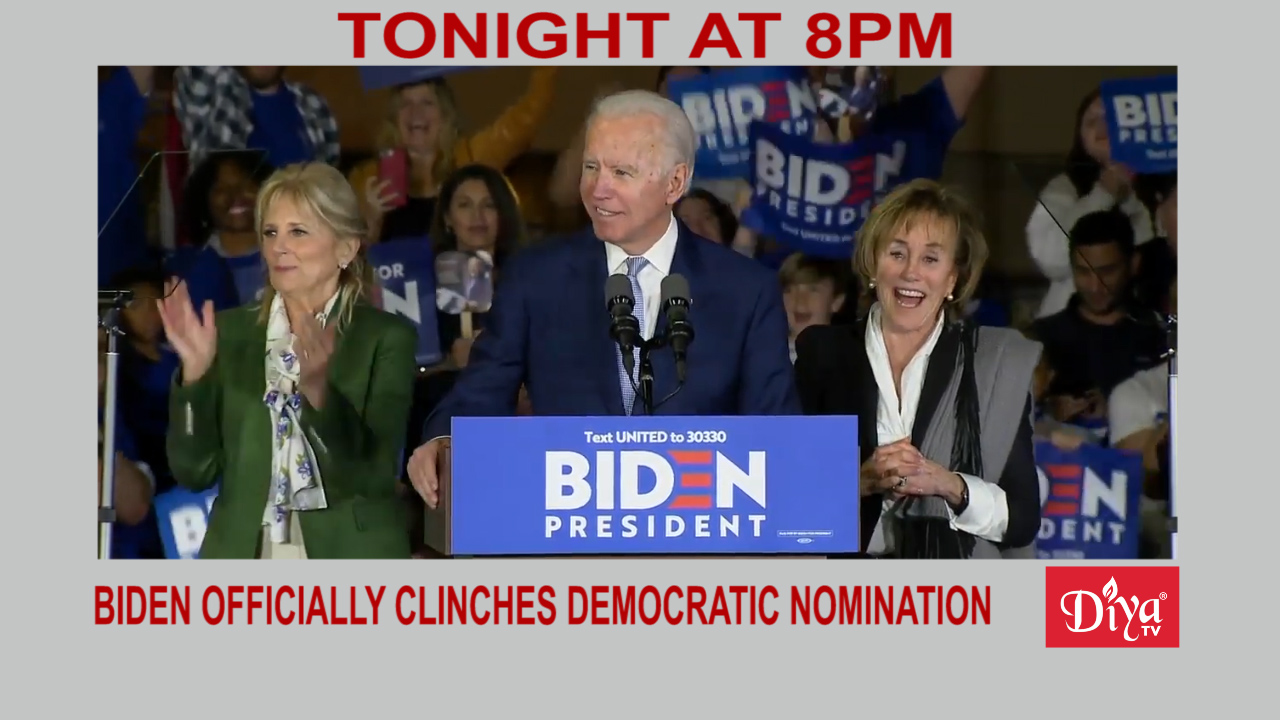 WASHINGTON (Diya TV) — Former Vice President Joe Biden officially clinched the Democratic Presidential nomination after winning primaries in seven states and Washington DC, setting him up to take on President Trump this fall at a time America is facing a pandemic, not to mention economic and social unrest.

A number of senior Indian American officials from the Obama-Biden years announced their endorsement of Biden for President. Among those endorsing the former vice president are Kiran Ahuja, Nisha Desai Biswal, Aneesh Chopra, Seema Nanda, Sonal Shah and Rich Verma.

A criminal investigation is underway in South India after a pregnant elephant died apparently after eating some fruit containing a firecracker that exploded in her mouth.