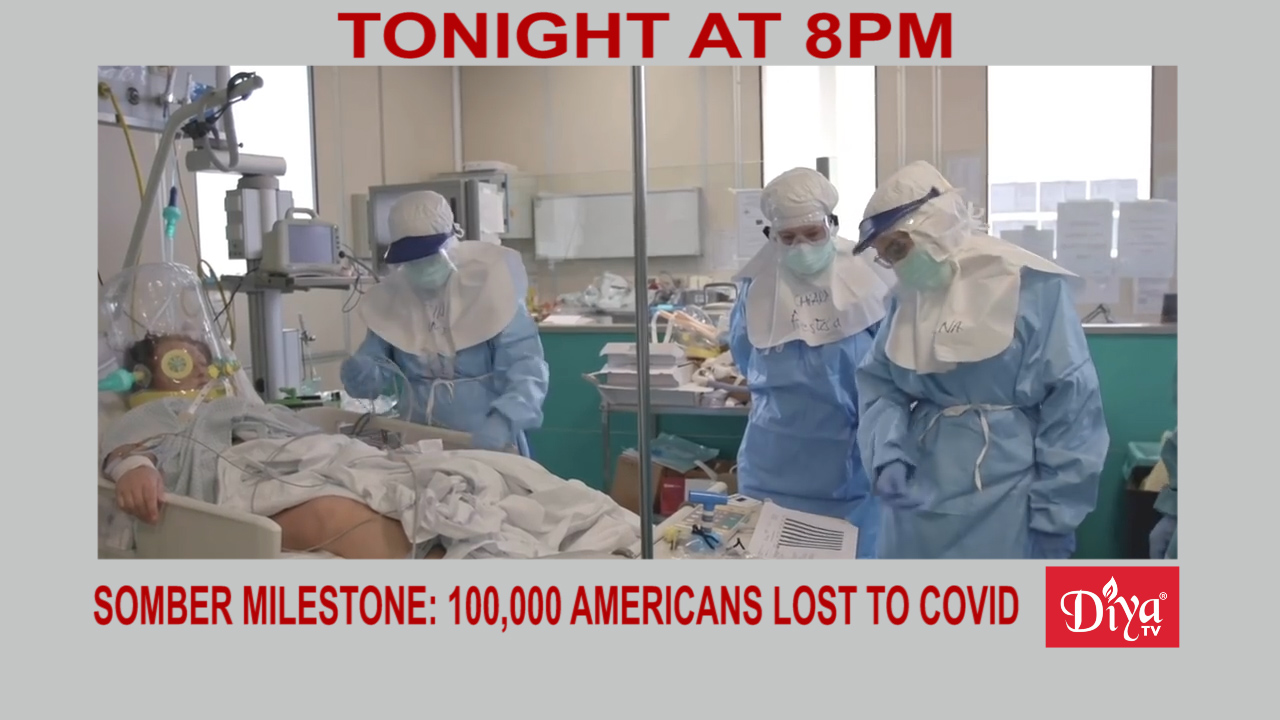 WASHINGTON (Diya TV) — Three months into the pandemic, America hit a grim milestone — 100,000 dead in the U.S. at the hands of COVID-19. Cases continue to rise in 14 states, including California. 1.7 million Americans are now afflicted with COVID-19.

In a tweet, President Trump chimed into the growing India-China border dispute, offering to have American officials meditate to keep the peace. China already has ongoing rifts with Taiwan, Hong Kong and Tibet — regions with underlying calls for independence. And there are many asking for American intervention in those matters. We’ll analyze all of these movements.

Peaceful protests have turned into riots in Minneapolis after the senseless killing of George Floyd by police. The four officers involved have been fired. And now Minneapolis’ mayor wants criminal charges for 44 year old Derek Chauvin, the now fired officer who suffocated Floyd to death while onlookers screamed for him to stop.