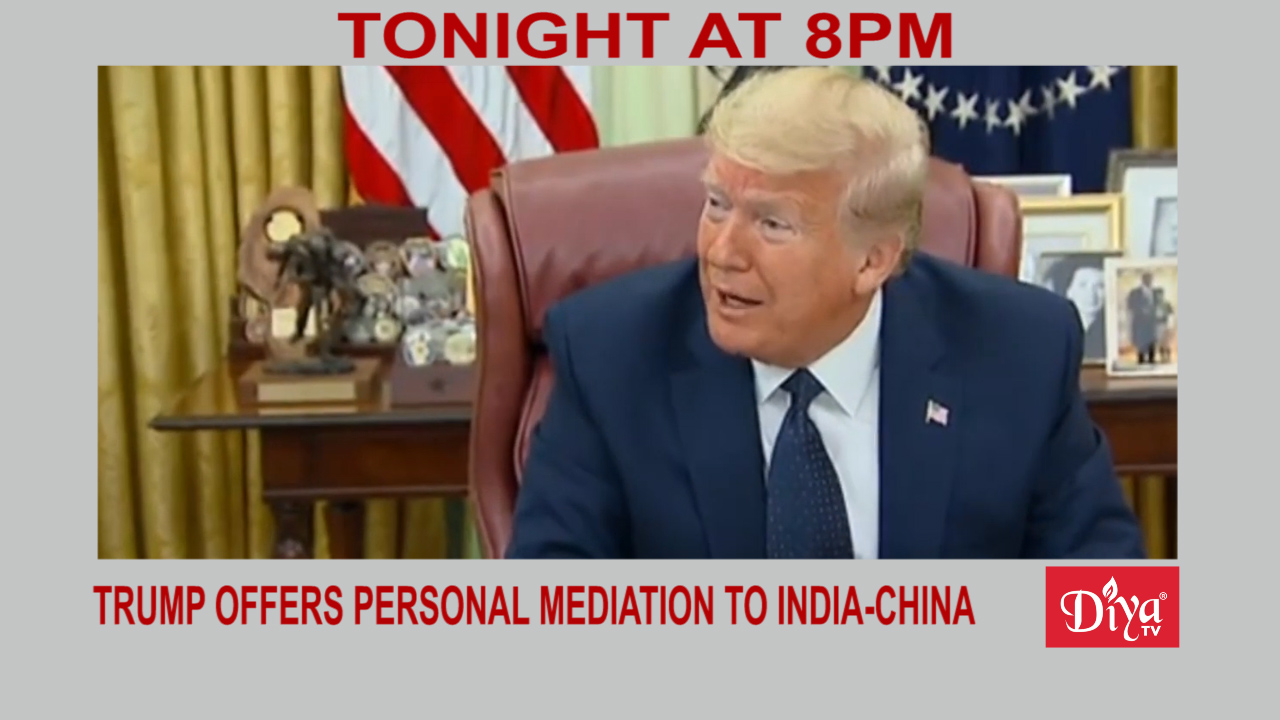 WASHINGTON (Diya TV) —  President Trump, when asked in the Oval Office to comment on the growing India-China border dispute, said he would be happy to mediate any issues between the two nations. Trump added he spoke to Prime Minister Modi and claims Modi “is not in a good mood about what’s going on with China.”

The Indian government is allowing Indian Americans with Overseas Citizens of India (OCI) cards to return. They had restricted such travel as part of India’s strict lockdown two months ago.

And bad weather delayed a landmark U.S. trip into space by NASA and SpaceX. It was to be the first space mission with astronauts aboard powered by a private company. Instead, they will aim to lift off once again on Saturday.